I've had some great luck recently, with five warblers of five species since November 19, including Yellow-rumped as well as those pictured below: 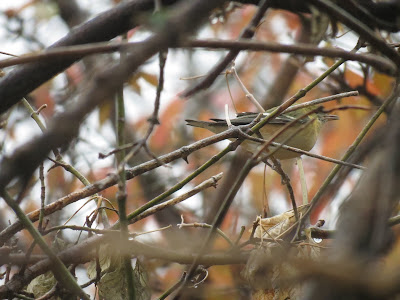 Bay-breasted Warbler, Marie Curtis Park, Mississauga. This is adjacent to the Lakeview Water Treatment Plant as mentioned in my last post, and presumably this is why it's hanging out here. This bird is still present today (Dec. 1) for a very late record. I only know of one later record for Ontario - the bird that tried to overwinter at Sedgewick Park in Oakville in 2012-2013. 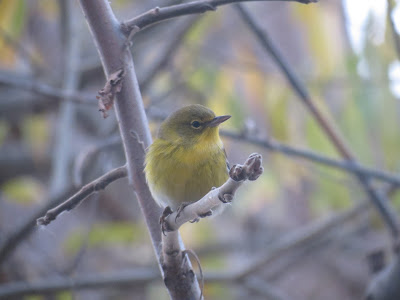 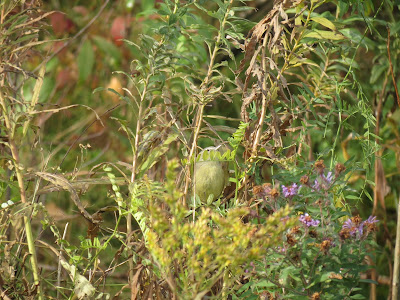 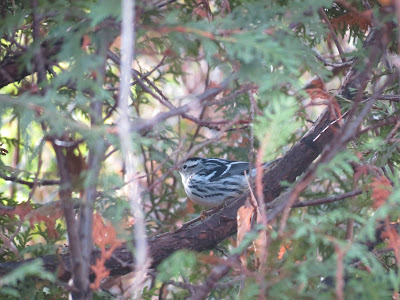 Black-and-white Warbler, Bayfront Park, Hamilton. There are a few later Ontario records, but not many.

Continuing from the last post, here's some good spots in Oakville and Burlington east of the Burlington Skyway:

The combination of a sewage treatment plant, dense brush and an open stream adjacent to Lake Ontario makes this one of the premier sites for late insectivores in our area. Most birds seem to hang out in the shrubby area directly east of the water treatment plant. Yellow-rumped Warblers have successfully overwintered here at least twice. 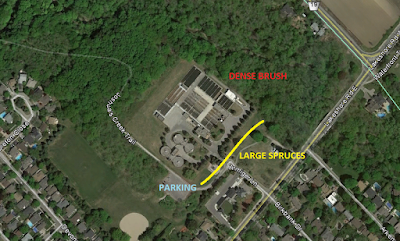 
There’s no interesting records here that I know of, but two small wooded areas with south/east slopes in a fairly urban area are worth a check. 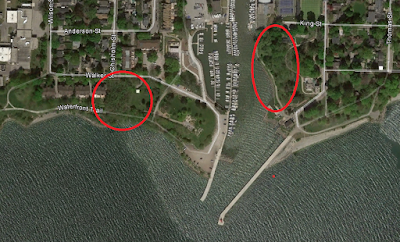 I don’t need to say much about this park – it seems to be the perfect storm: right on the lakeshore, a large sewage treatment plant immediately adjacent to dense brush and an open stream, not much habitat in the surrounding area. I won’t bother listing eBird checklists, but the list in recent years includes Tennessee, Orange-crowned, Nashville, Yellow-rumped, Pine, Palm, Cape May, Bay-breasted and Wilson’s Warbler, Northern Parula, Blue-headed Vireo, Yellow-bellied Sapsucker, Cave Swallow, Ruby-crowned Kinglet, Hermit Thrush and perhaps more that I’m forgetting. There hasn’t been much action yet this year but that could change. 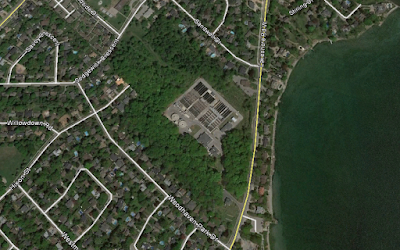 Another little wooded area on the lake with a nice southeast-facing slope. There’s been a few interesting records here. 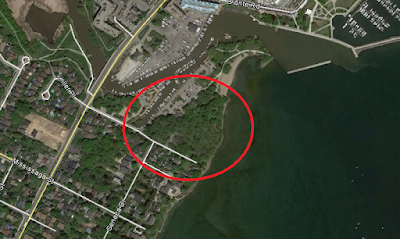 Again, a wooded area on the lake with a southeast slope, and again with a few interesting records. 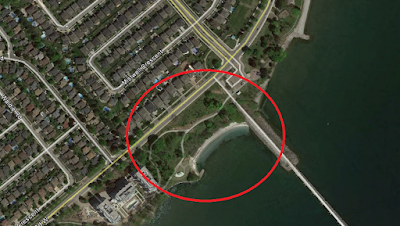 Now is the time to get out! There are Hermit and Black-throated Gray Warblers being seen in Northeastern North America right now, with Townsend's, Macgillivray's and Virginia's also in the last month.
Posted by Reuven Martin at 8:05 PM No comments: