Last weekend I visited Algonquin Park with the University of Guelph Wildlife Club, and we had an excellent time. 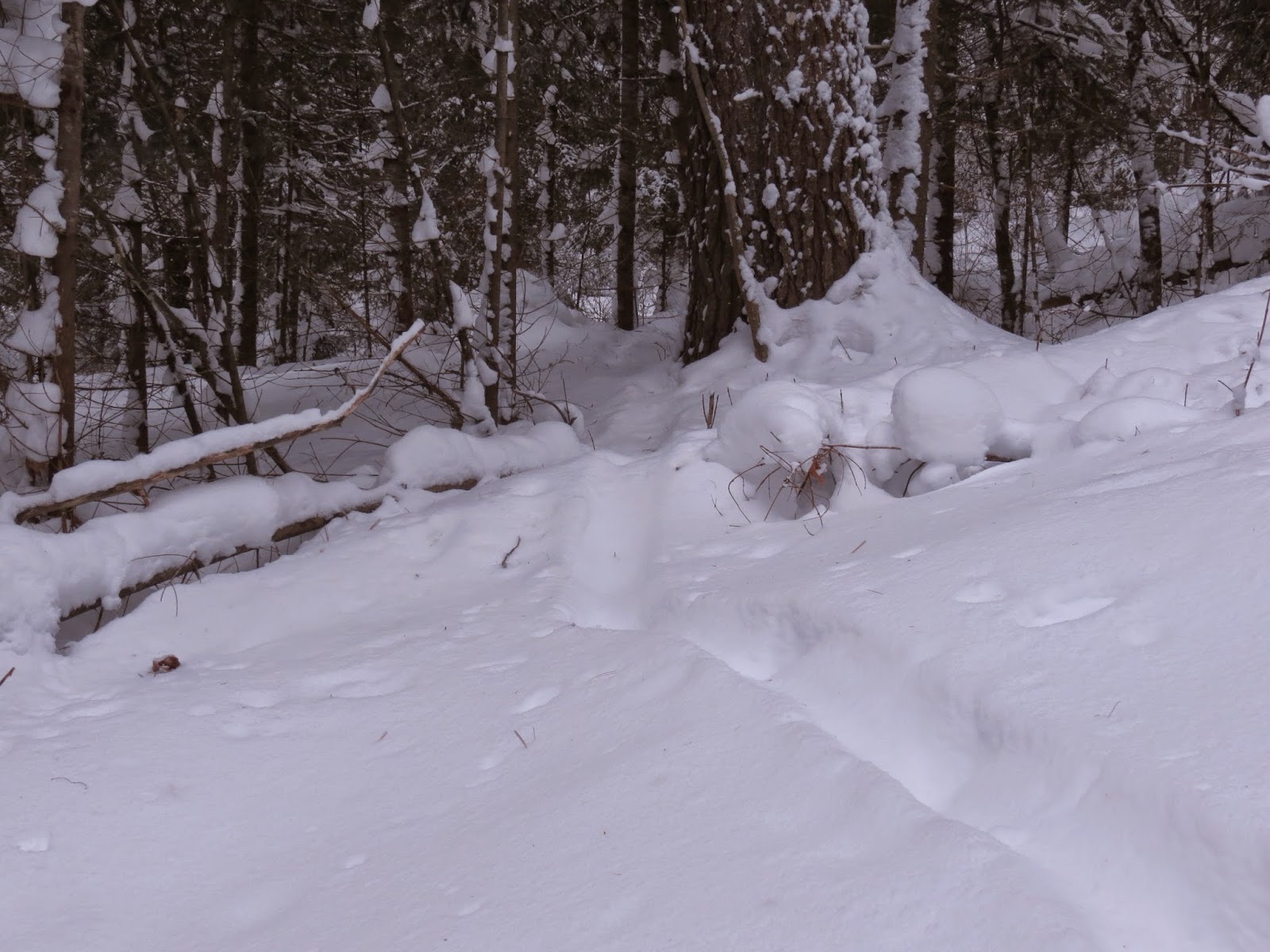 On our first hike we came across this track through the woods. I'm fairly certain it's an otter. Otters aren't built for walking through snow so leave a deep furrow. 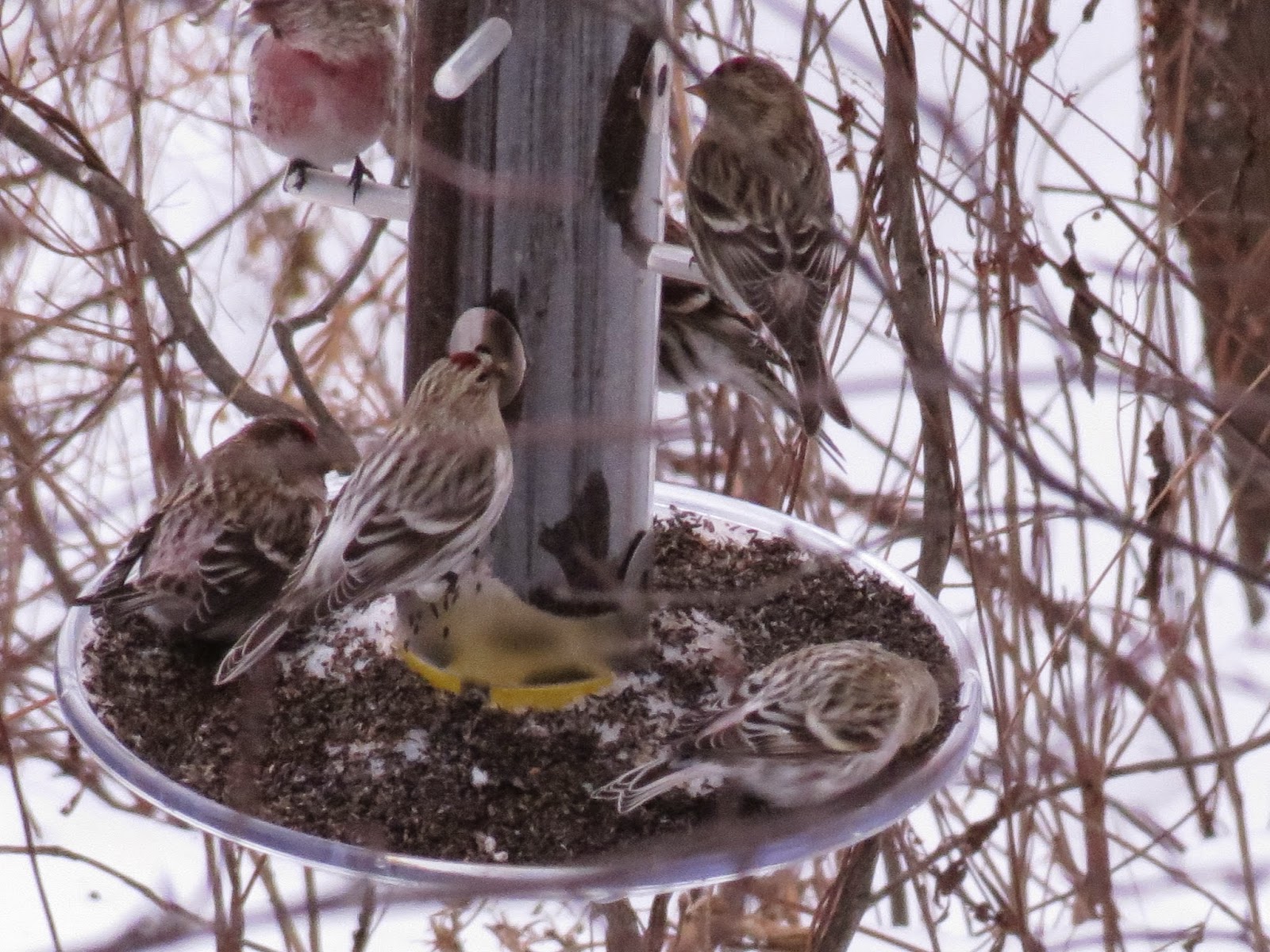 A Hoary Redpoll has been visiting the feeders at the visitor centre for a few weeks, and has been recently joined by another. I haven't seen a Hoary in a few years so was glad to get good looks at them. The Hoarys are the two birds on the bottom right with white rumps and a frostier appearance compared to the Common Redpolls. 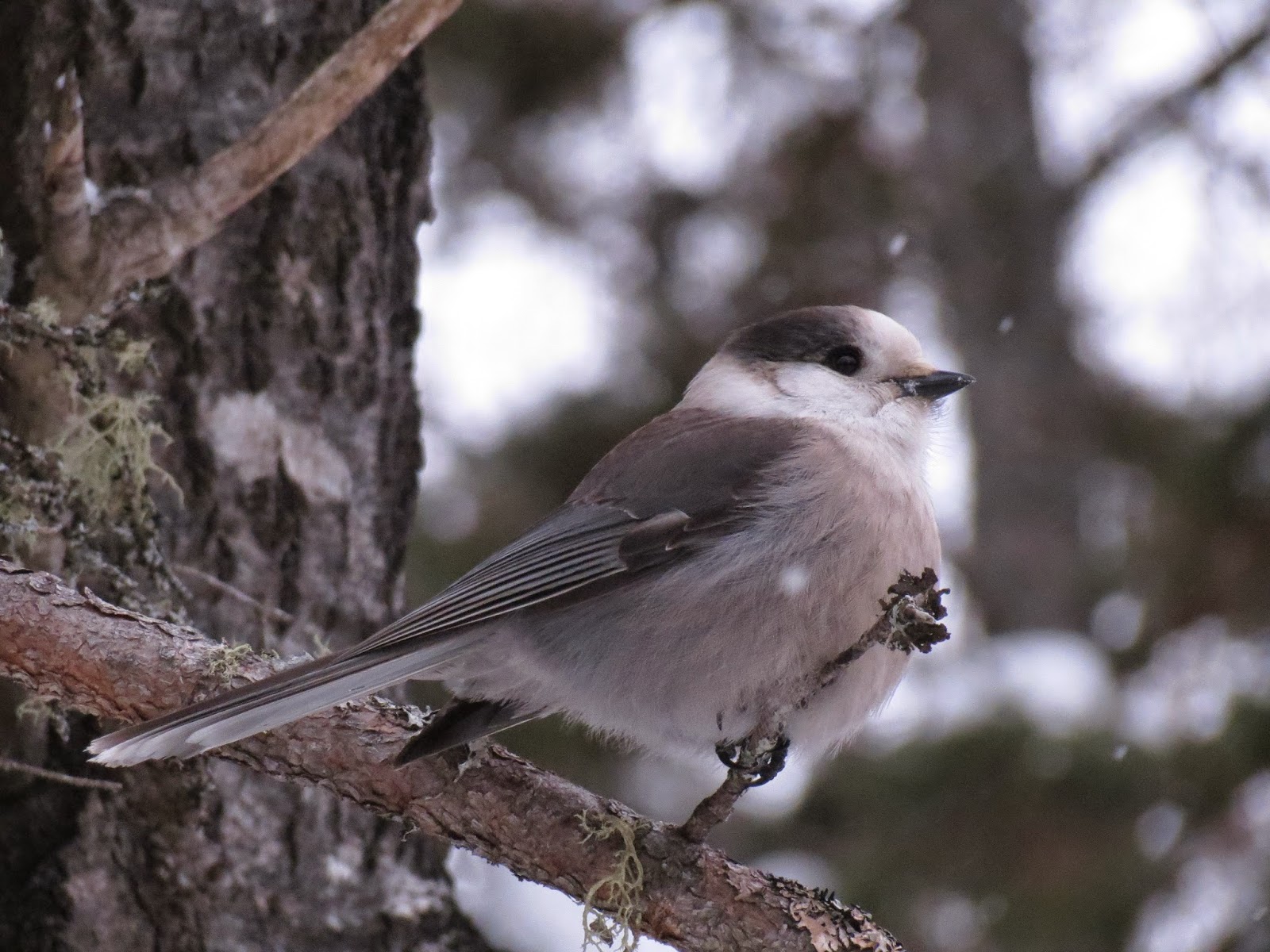 Gray Jays are always a big draw in Algonquin, and everyone got a chance to feed a pair along Opeongo Road.

Other highlights for the weekend included a Bald Eagle - possibly the first seen in Algonquin Park this winter, and a Marten. While driving back along highway 400 we had 1 Snowy Owl and 2 Rough-legged Hawks in Holland Marsh - not bad when moving at over 100 km/h!
Posted by Reuven Martin at 2:22 PM 1 comment:

I've spent a bunch of time recently birding around the north shore of Lake Erie (Chatham-kent, Elgin, Norfolk and Haldimand counties) with my girlfriend, and have had lots of great sightings. Fall lasts much longer in this part of the province than on Lake Ontario, and it still doesn't really feel like winter with lots of open water and birds lingering.

We noticed this Snowy Owl at Port Bruce in Elgin County. It was quite tame and a bunch of people from the town were watching it. Much of Lake Erie has a very straight shore, and birds are very concentrated at the harbours, river mouths and peninsulas. 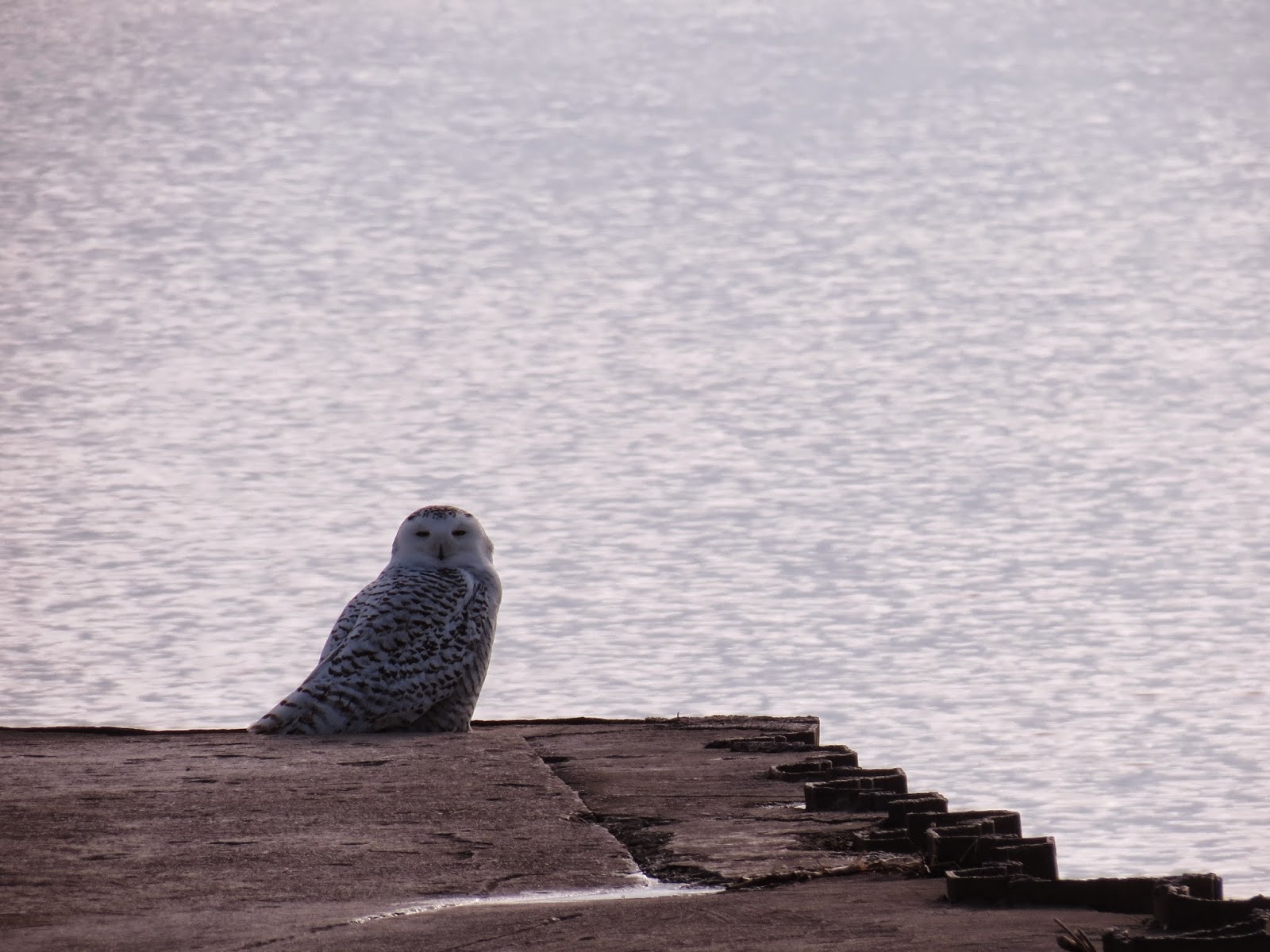 Case in point is this Harlequin Duck that has been present at Port Dover for quite a while. This was the only one I saw in 2014. 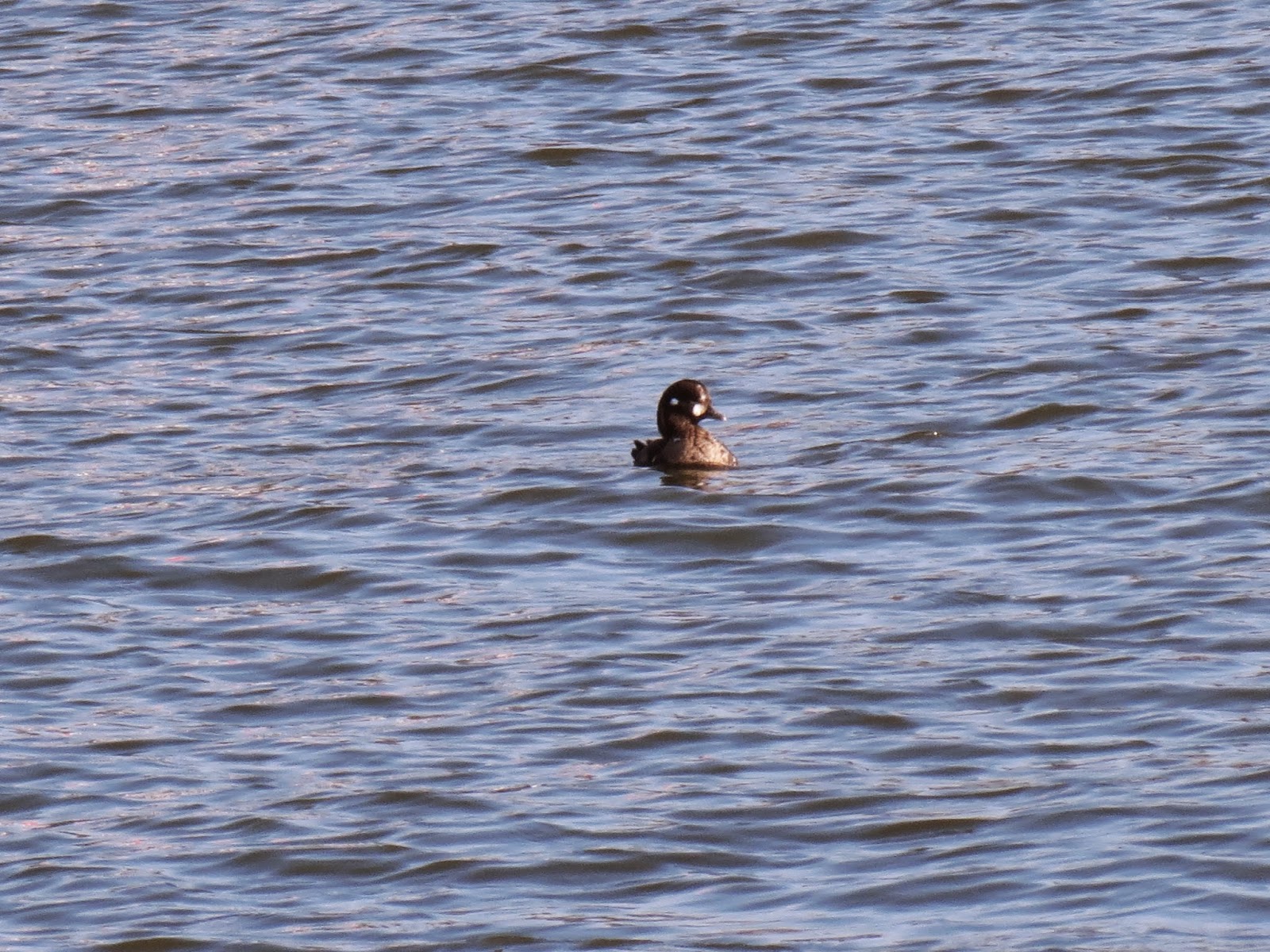 In recent years Long Point has played host to impressive numbers of Sandhill Cranes in early winter. We had about 600 birds in total, but others have seen far more. 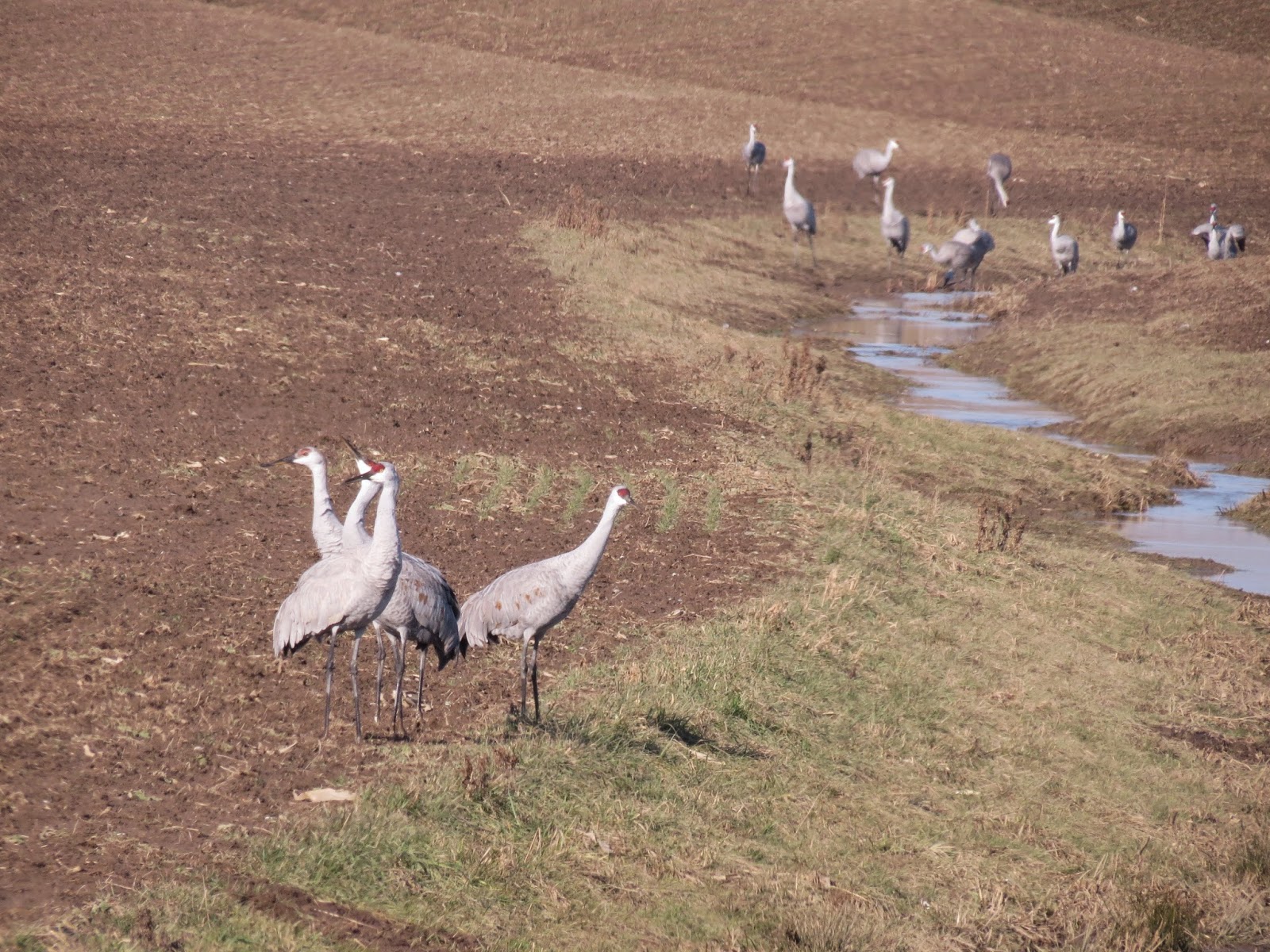 The same field where most of the cranes were spending their time also hosted a group of 4 Killdeer. This hardy species may be found occasionally until snow and ice block foraging. This is the first time I've seen Killdeer in winter. 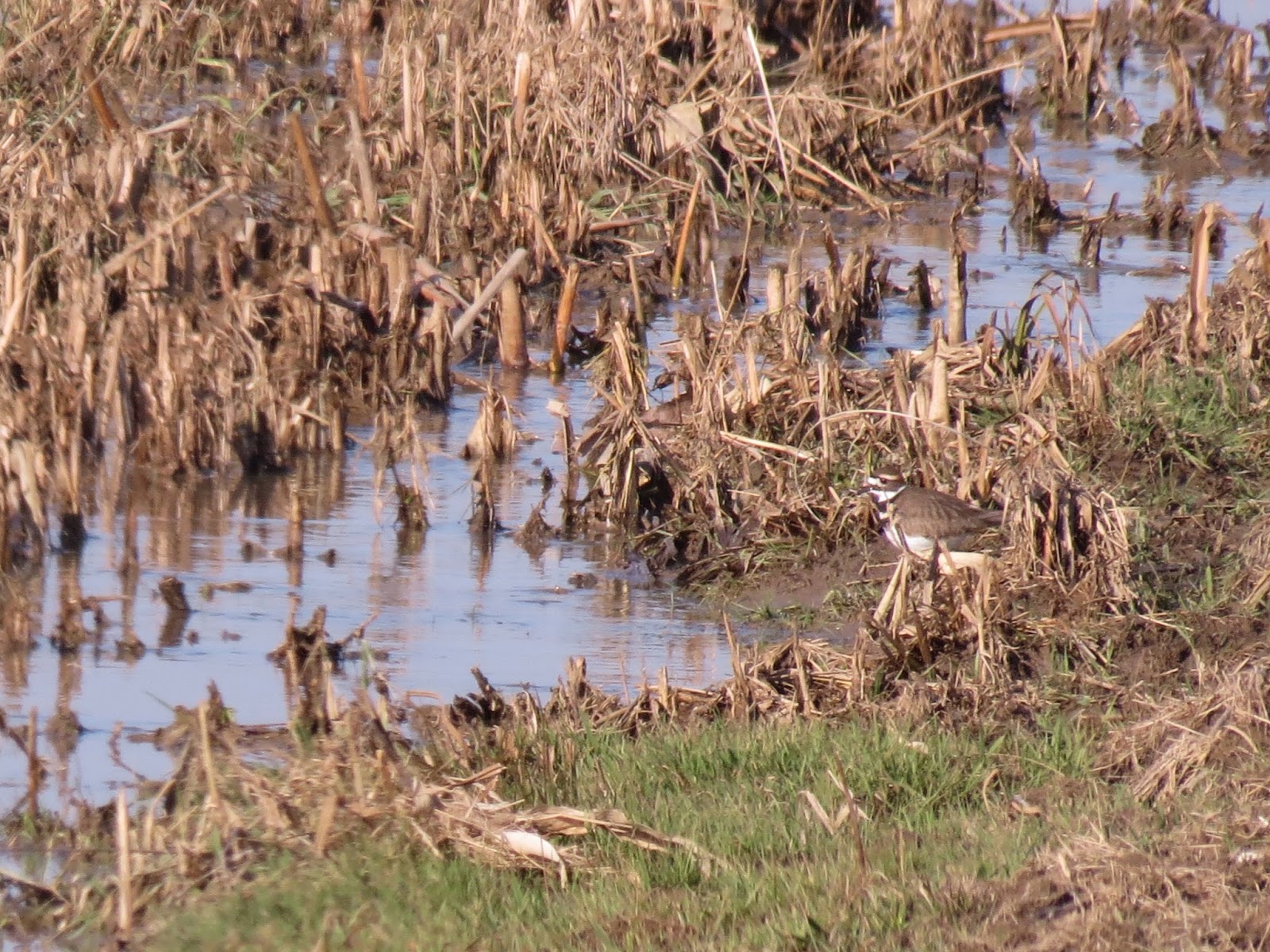 While driving a road among some boathouses at Long Point, I noticed a shape on top of a utility pole - a Snowy Owl! 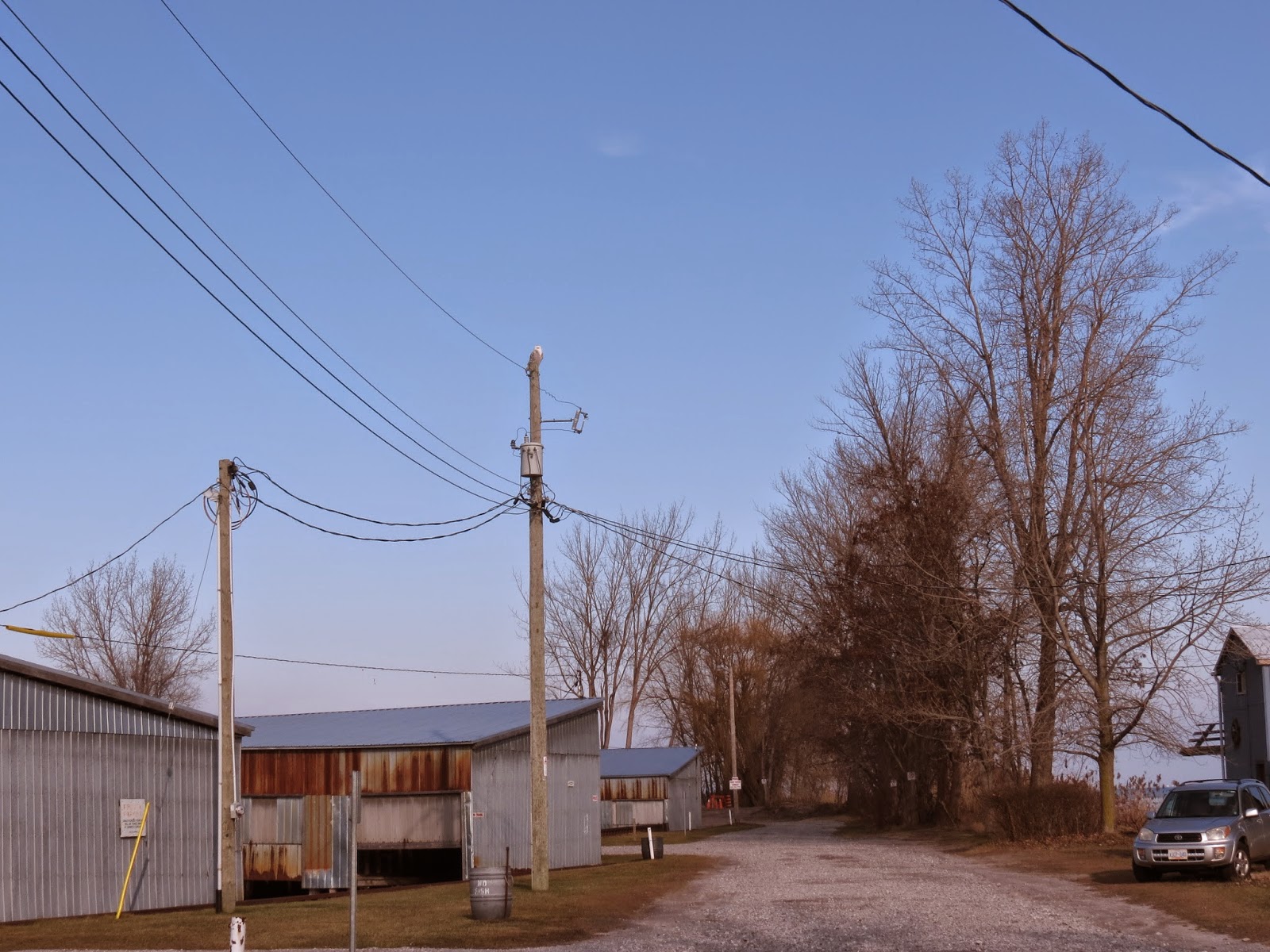 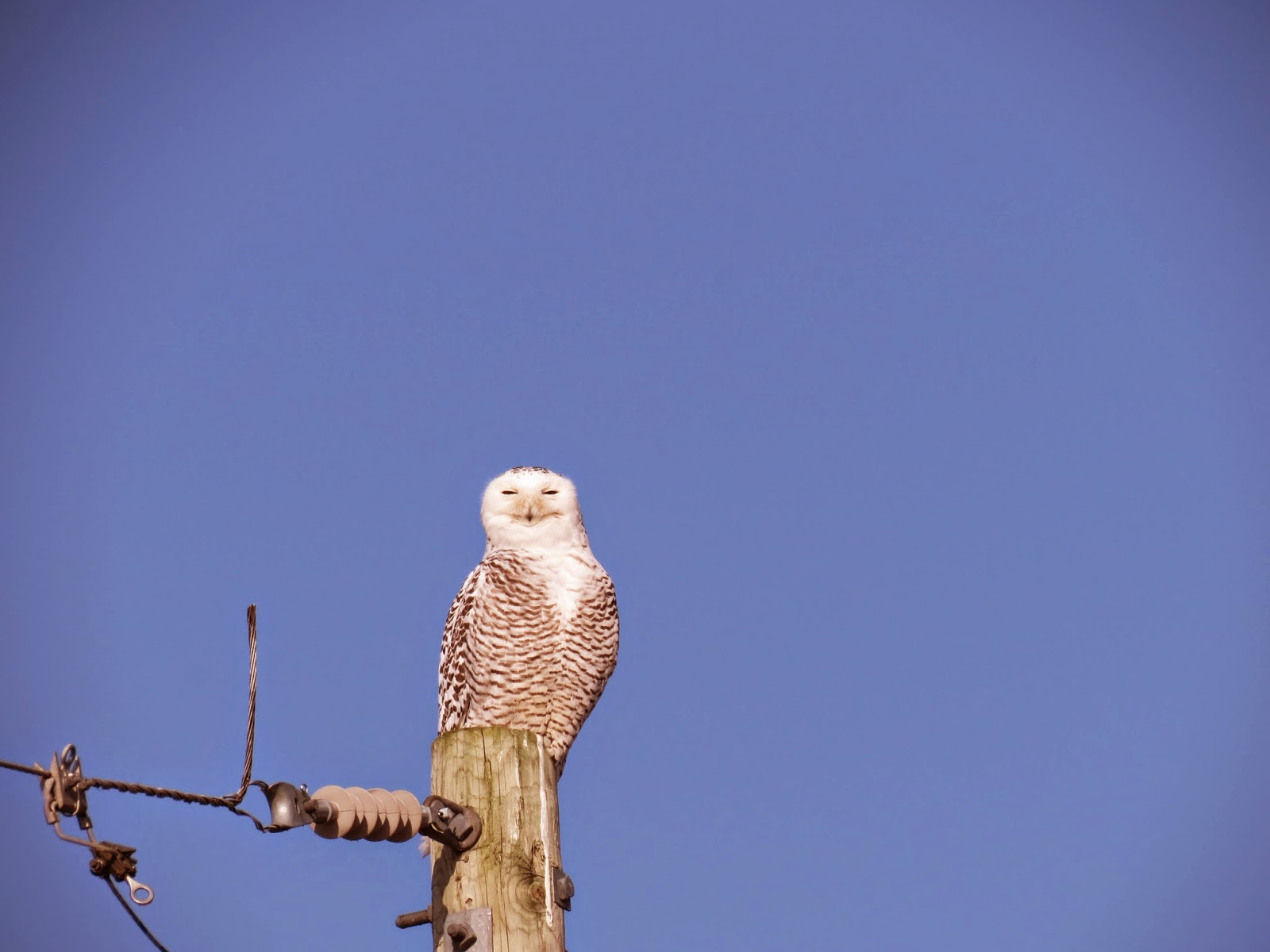 We only watched it for a bit before it became obvious that it was preparing to pass a pellet! 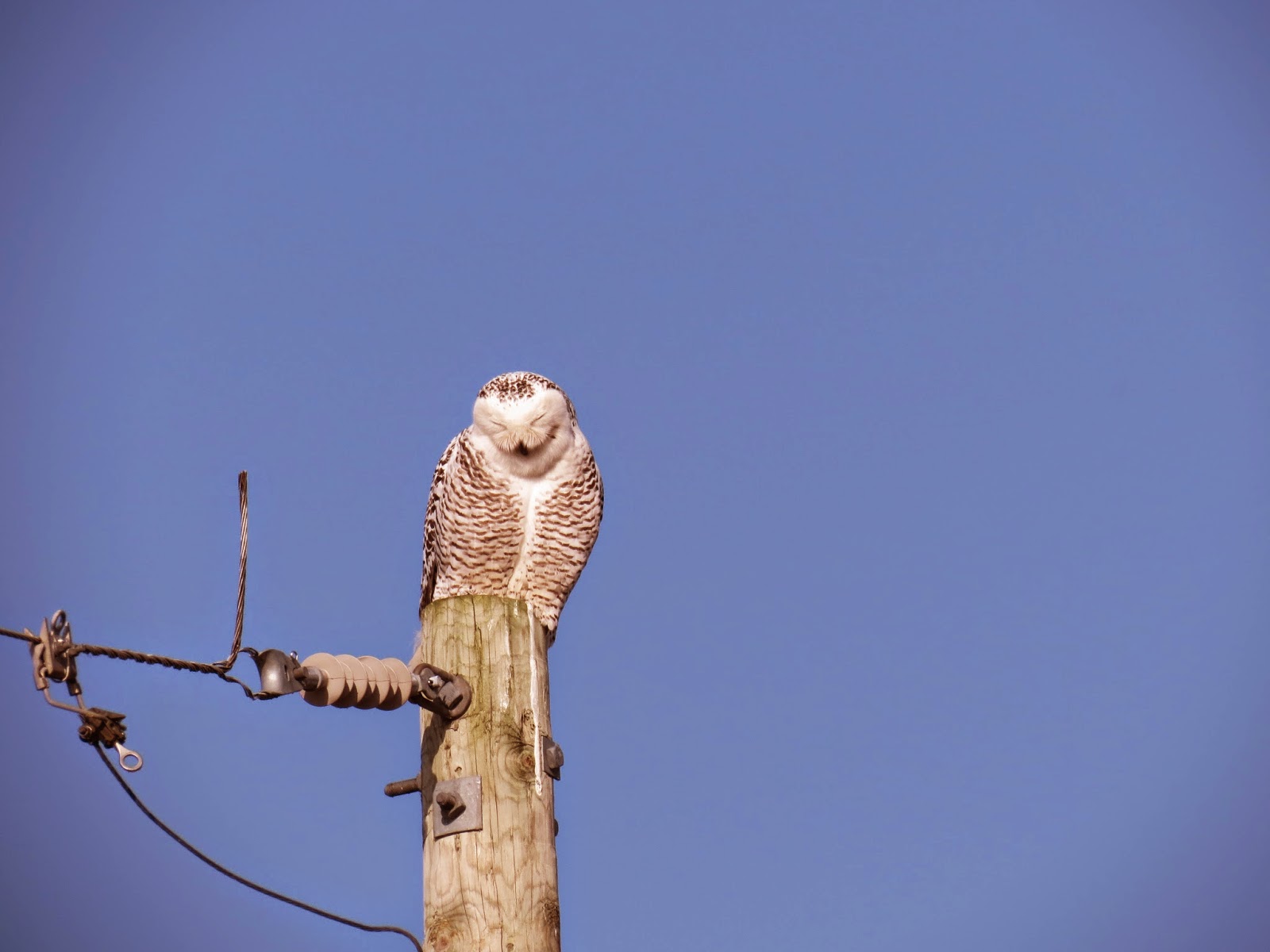 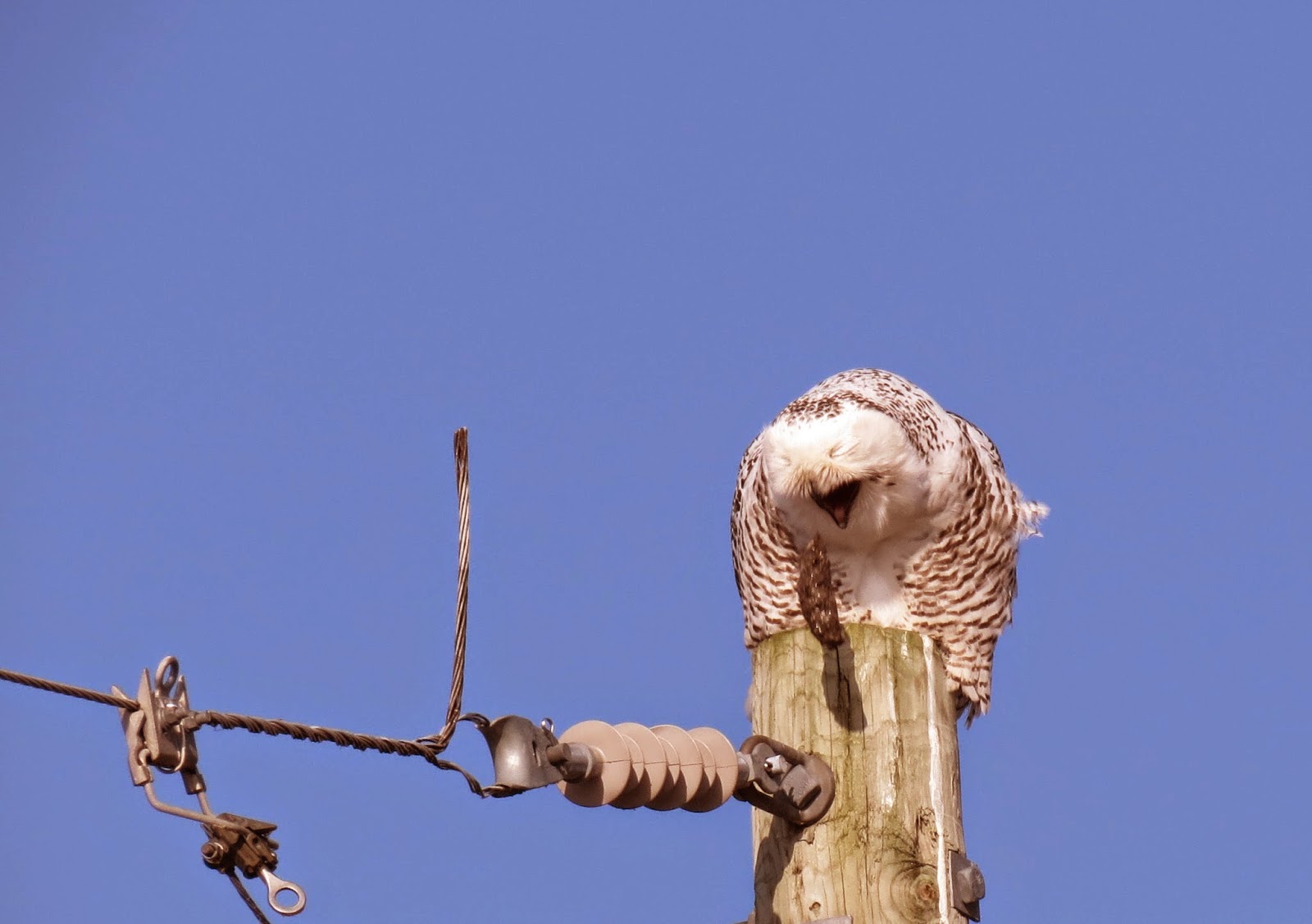 I feel incredibly lucky to have caught this shot! 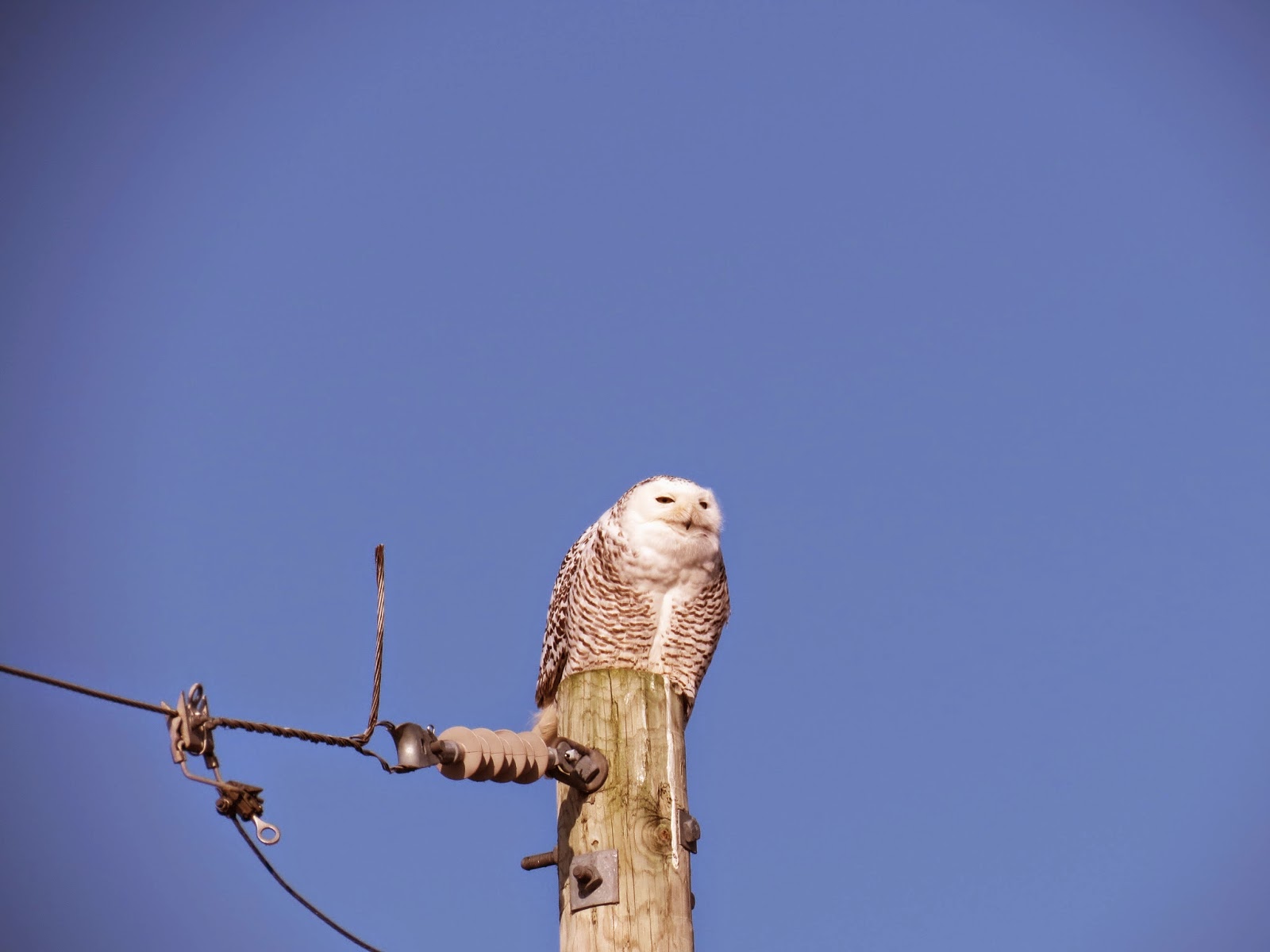 Anthropomorphizing I know, but it sure looked relieved afterwards!

We came upon our last Snowy Owl (number 6 for the weekend) atop a tall tree in Long Point Provincial Park. You really realise how incredibly light they are when they pech on tiny branches like this. 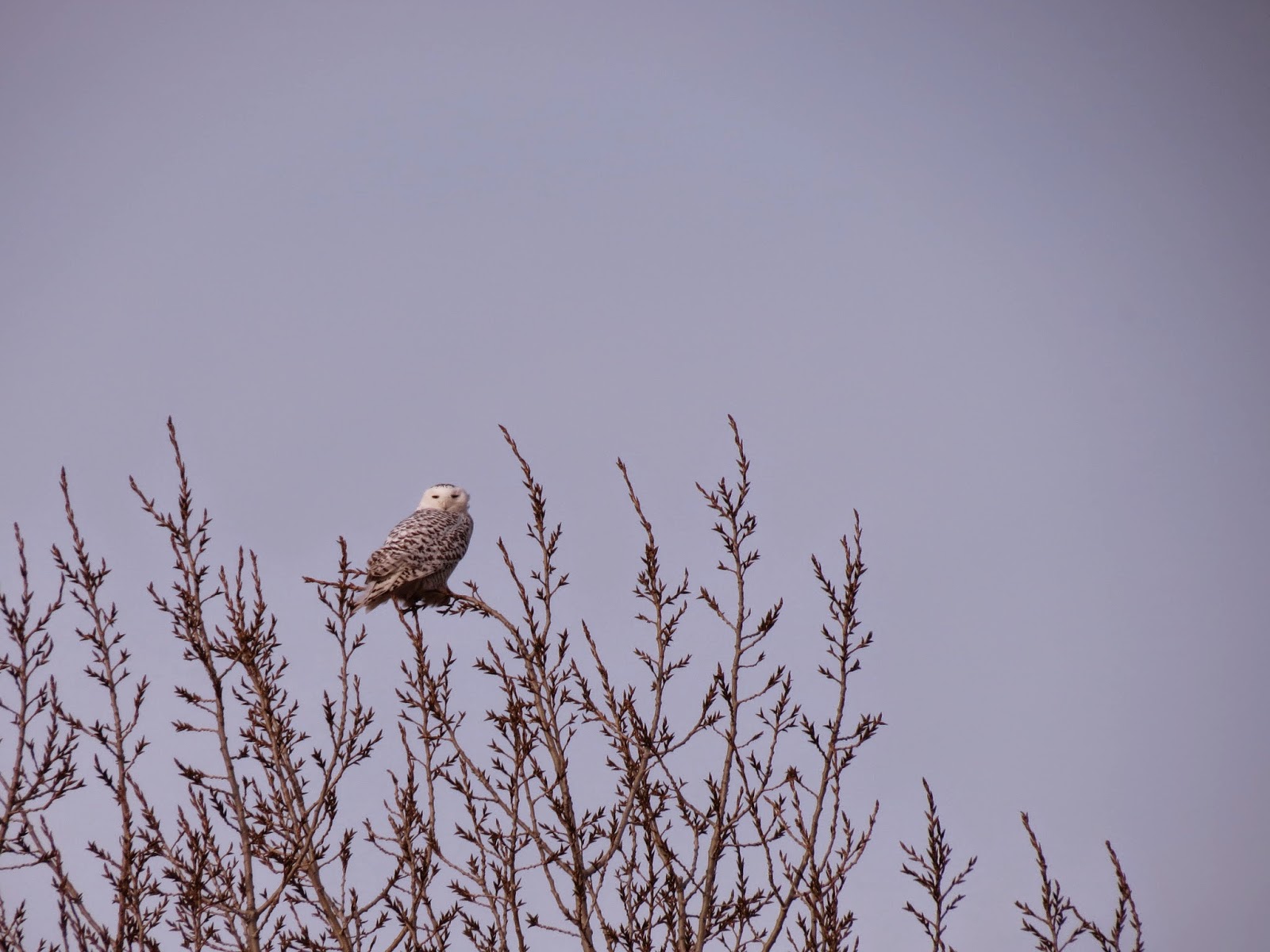 Overall a nice way to end the fall before winter really sets in!
Posted by Reuven Martin at 5:22 PM 1 comment: