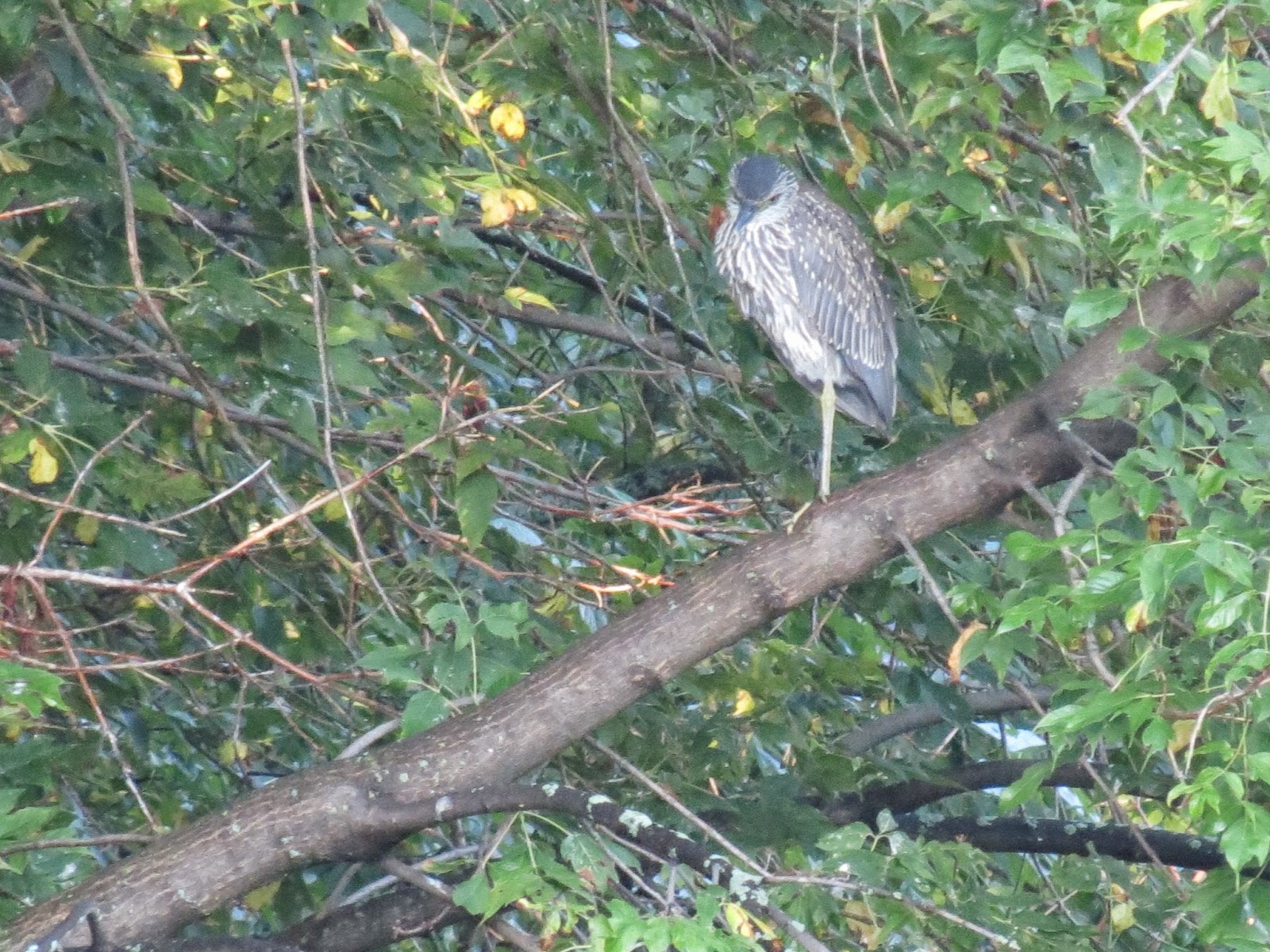 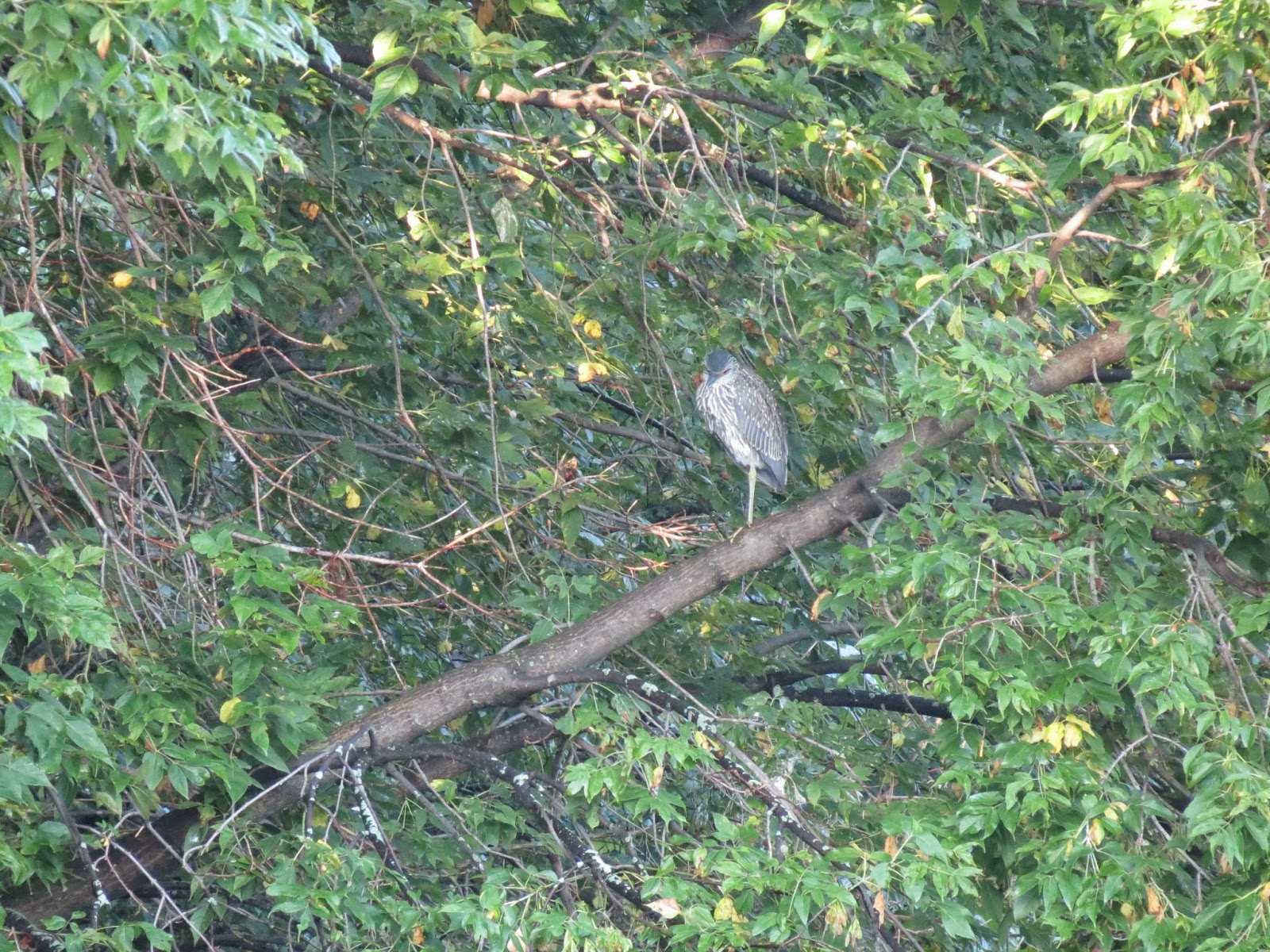 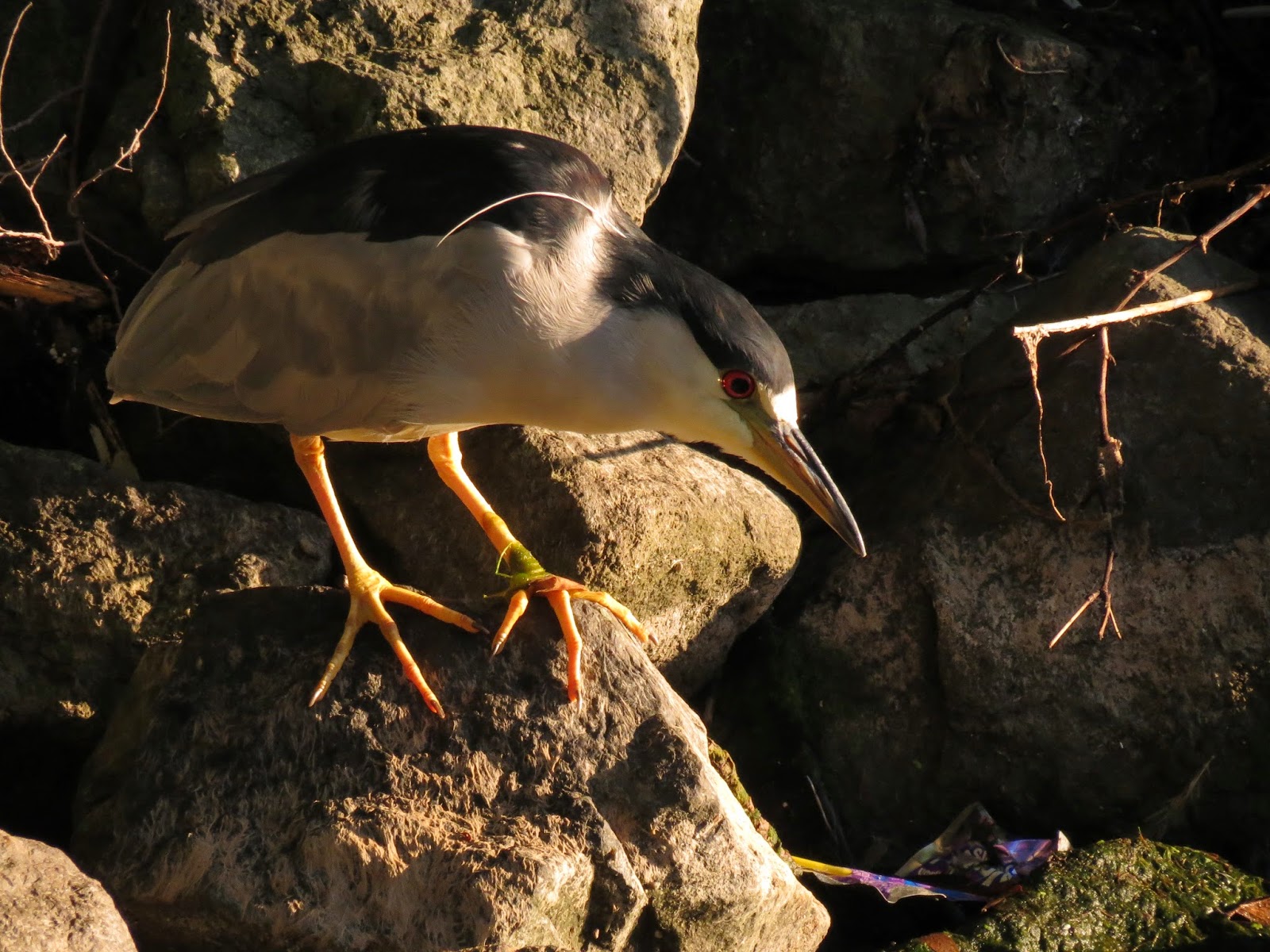 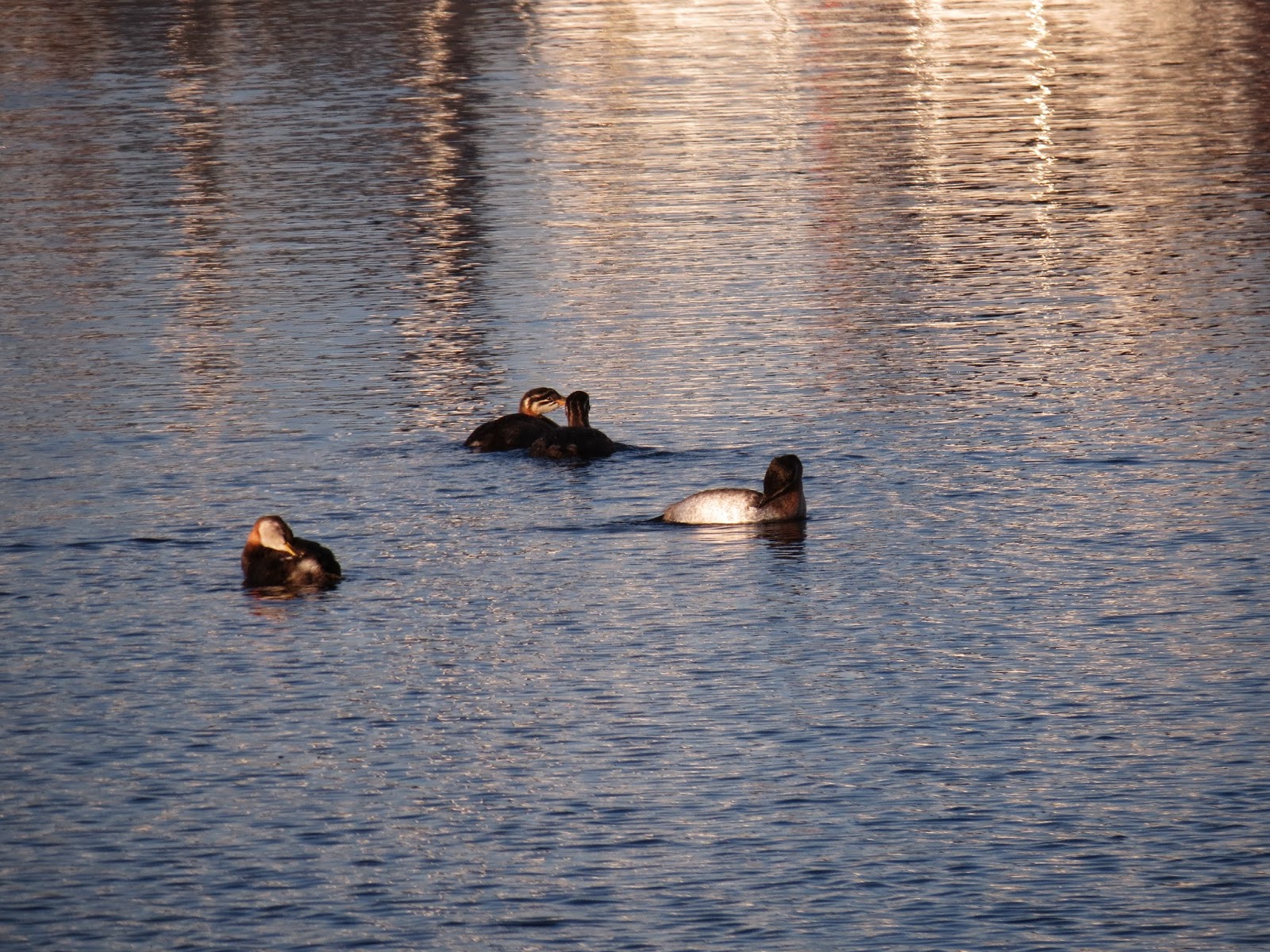 This family of Red-necked Grebes was nearby, with two striped-headed chicks behind the adults in front. I find the disjunct population of Red-necked Grebes breeding in harbors and marinas on Lake Ontario very odd, as it seems to differ widely in both range and habitat from the main population in the prairies.
Posted by Reuven Martin at 8:27 PM