The temperatures are still below seasonal, but birds are starting to move. I don't have much content to post here, except for this quick note.

On a warm day last week I noticed two Killdeer, my first of the year, foraging on an icy field. On closer inspection, it was obvious the surface of the snow and ice was crawling, mostly with several kinds of spiders but also numbers of rove beetles as well as a few other things that I could find: one each of winter stonefly, caterpillar, damsel bug, plant bug and isopod. 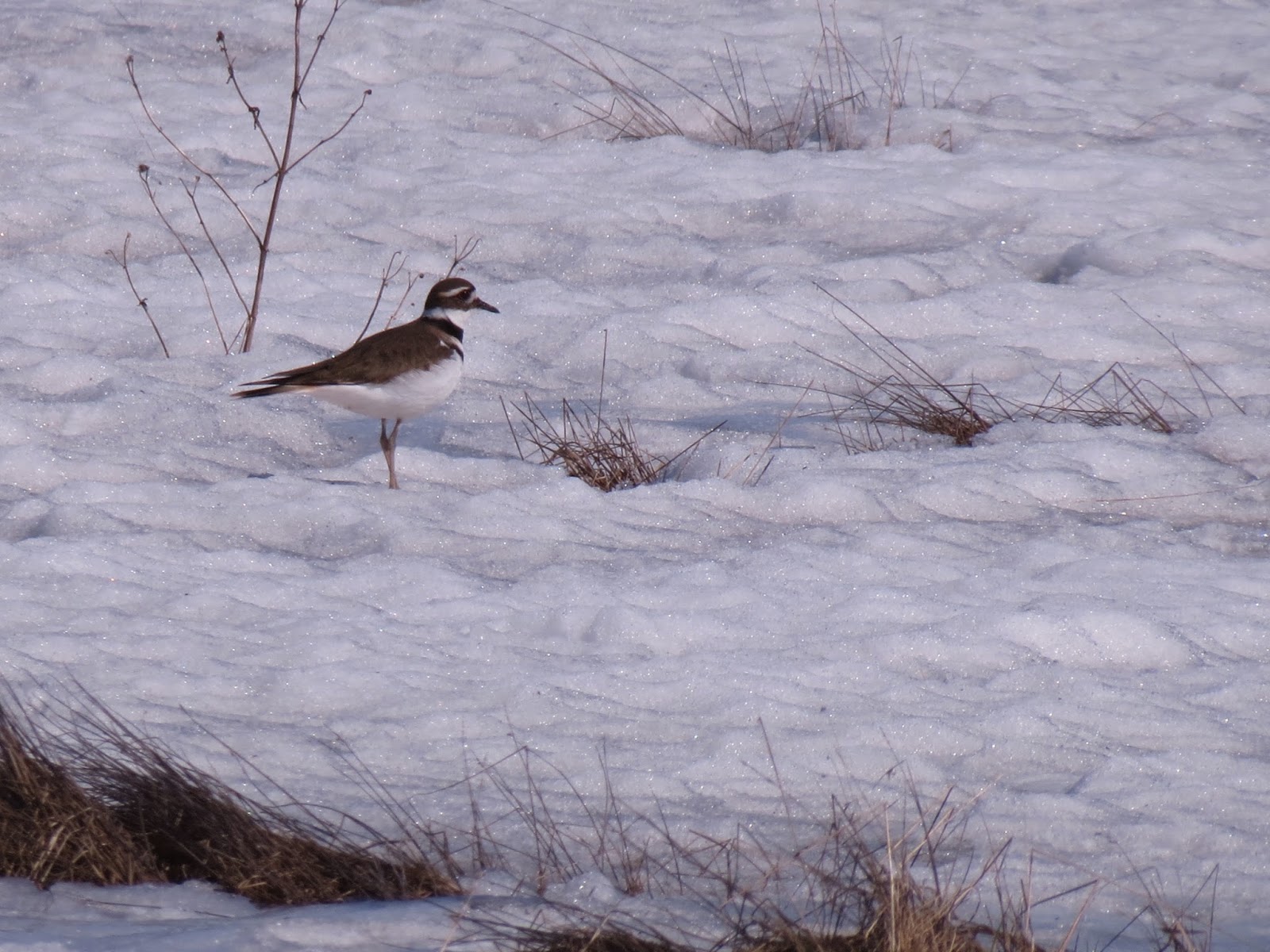 I thought it was a bit odd to see this behavior, especially as there was bare ground nearby.

Incidentally, this is the same field that I've mentioned before due to it being heavily flooded most of last year. With all this snow I'm sure this spring it will start off the same way. 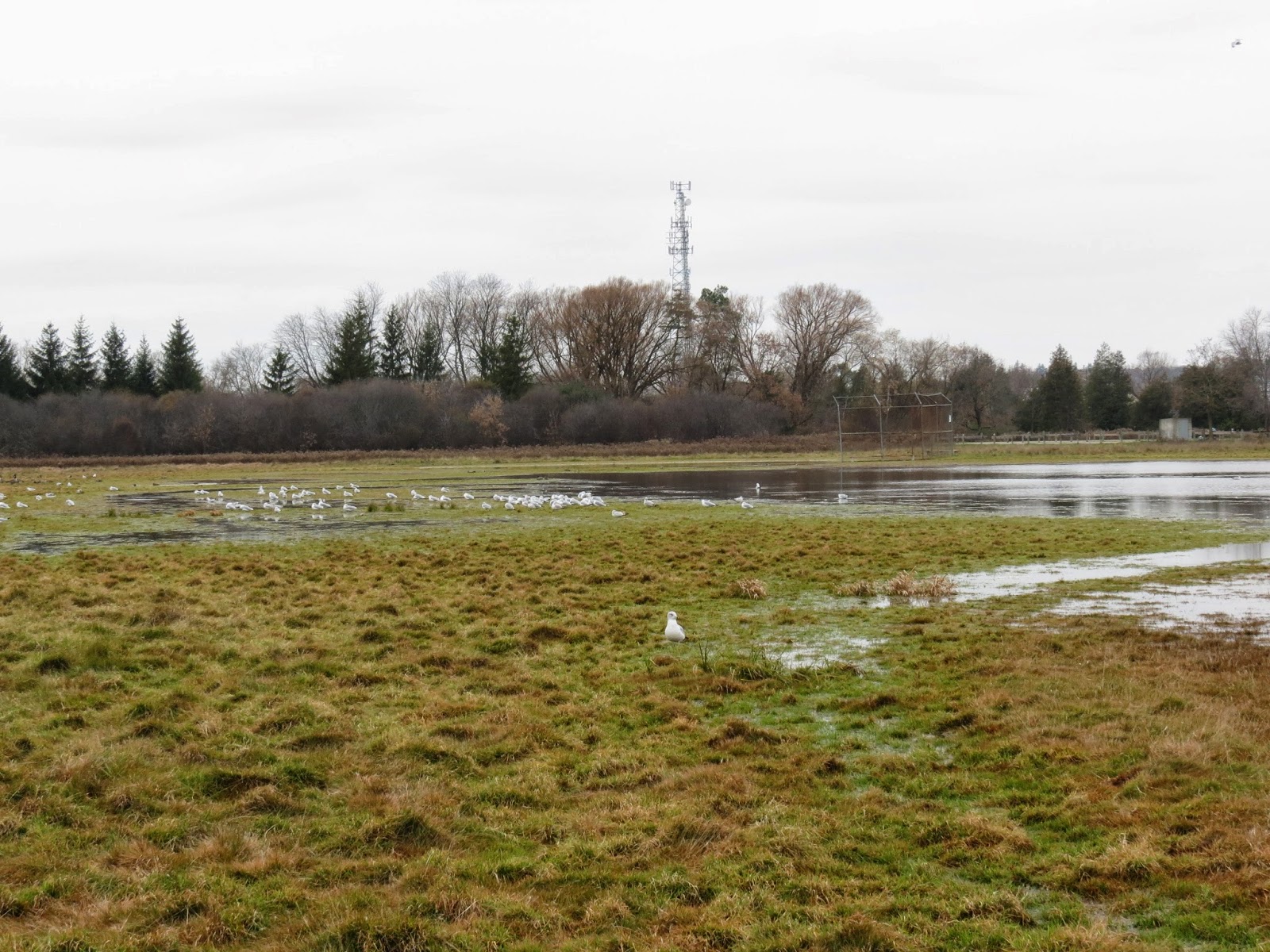 This field last November. Last year it hosted such birds as Caspian Tern, Snow Goose and at least 9 species of shorebirds. 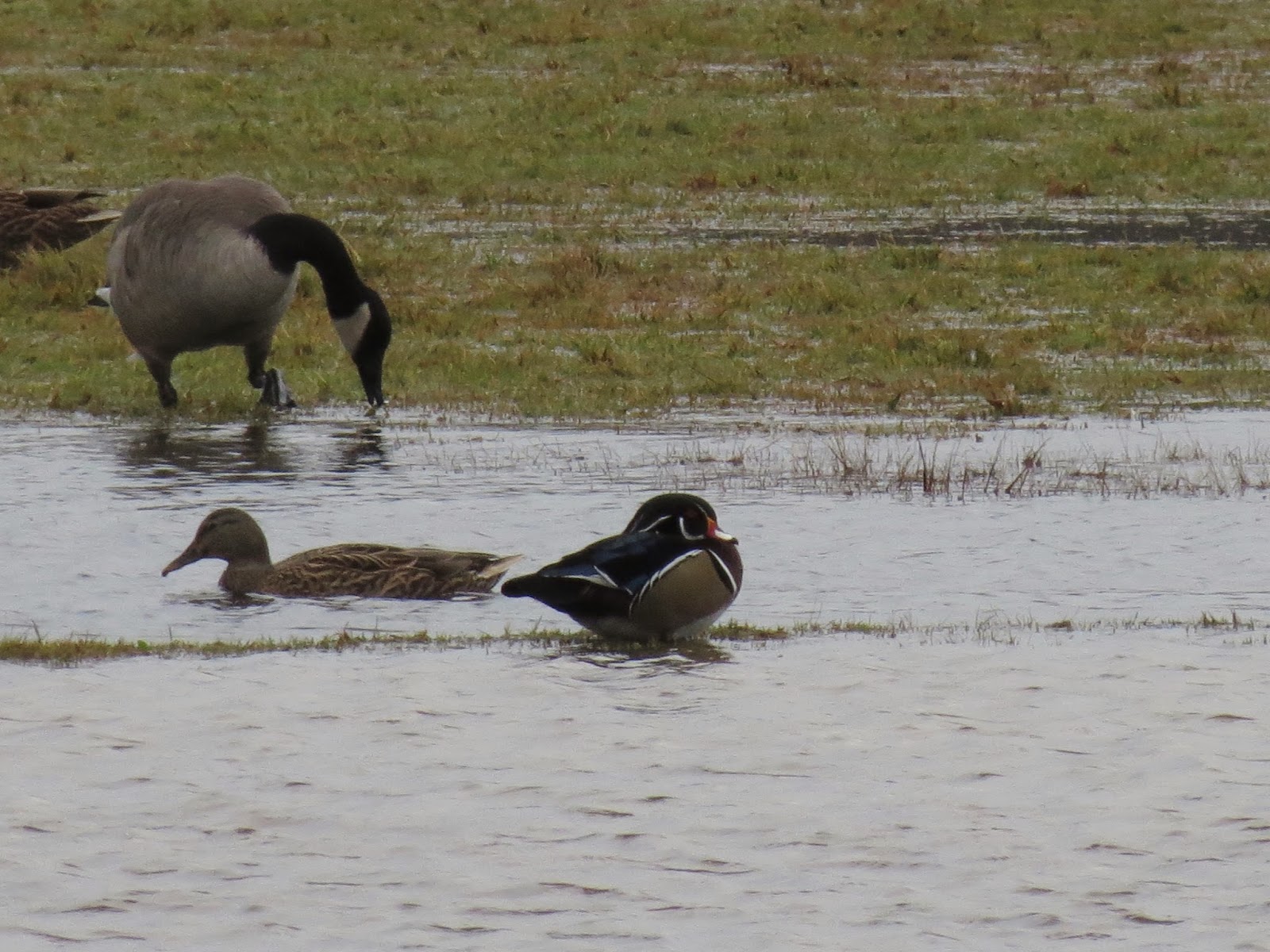 Wood Duck in the field last November. I've seen a couple of migrant Wood Ducks in the last week.
Posted by Reuven Martin at 9:58 PM No comments:

It doesn't seem like spring has any plans of arriving this year - the forecast is for continuing cold weather for the next couple of weeks. I did see some migrants (most notably 2 Red-winged Blackbirds and a Common Grackle) in the warmer weather earlier this week, but it once again looks like winter outside.

The weekend before last I led about 25 members of the University of Guelph Wildlife Club to some areas north of Waterloo to look for Snowy Owls, and we found 9. With these birds and 3 more this weekend I've now had 32 Snowy Owl sightings of about 25 individuals this winter! It always feels great to show people amazing wildlife like this. 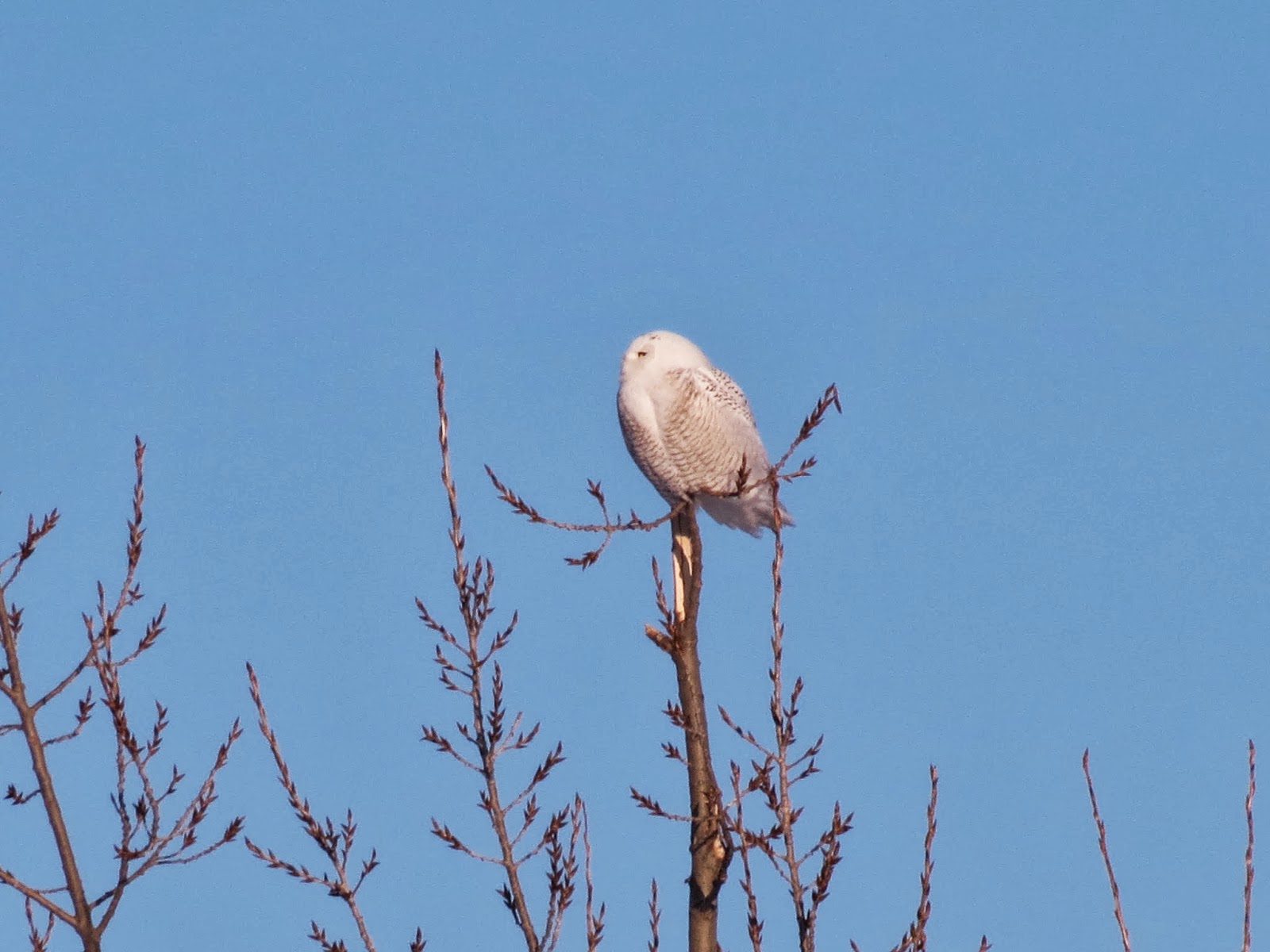 A few days later, Todd and I walked along the Speed River in search of ducks. We were very successful in that regard, with an amazing for Guelph total of 13 species of waterfowl, but the real highlight was this Cooper's Hawk with a freshly caught Starling. 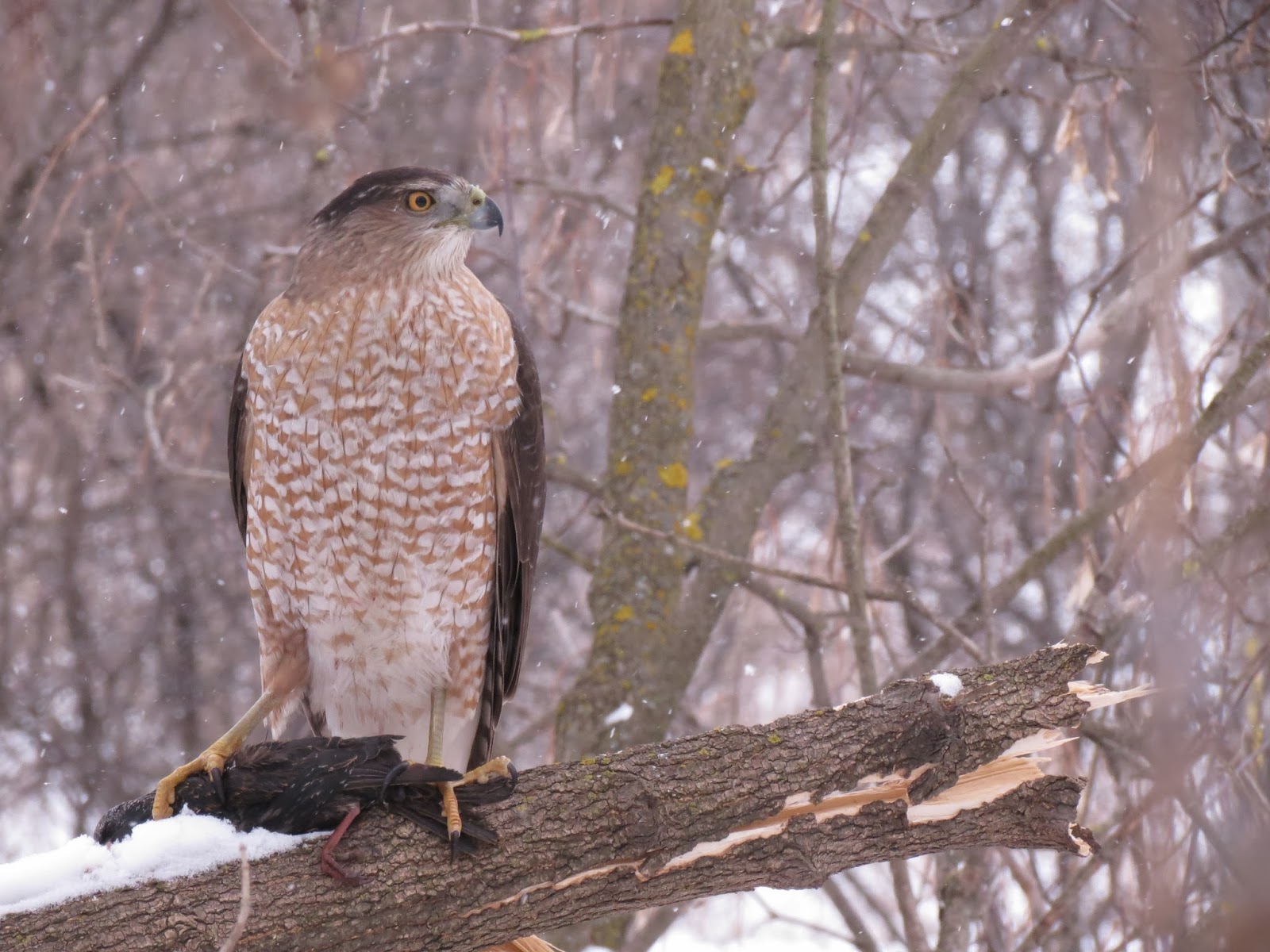 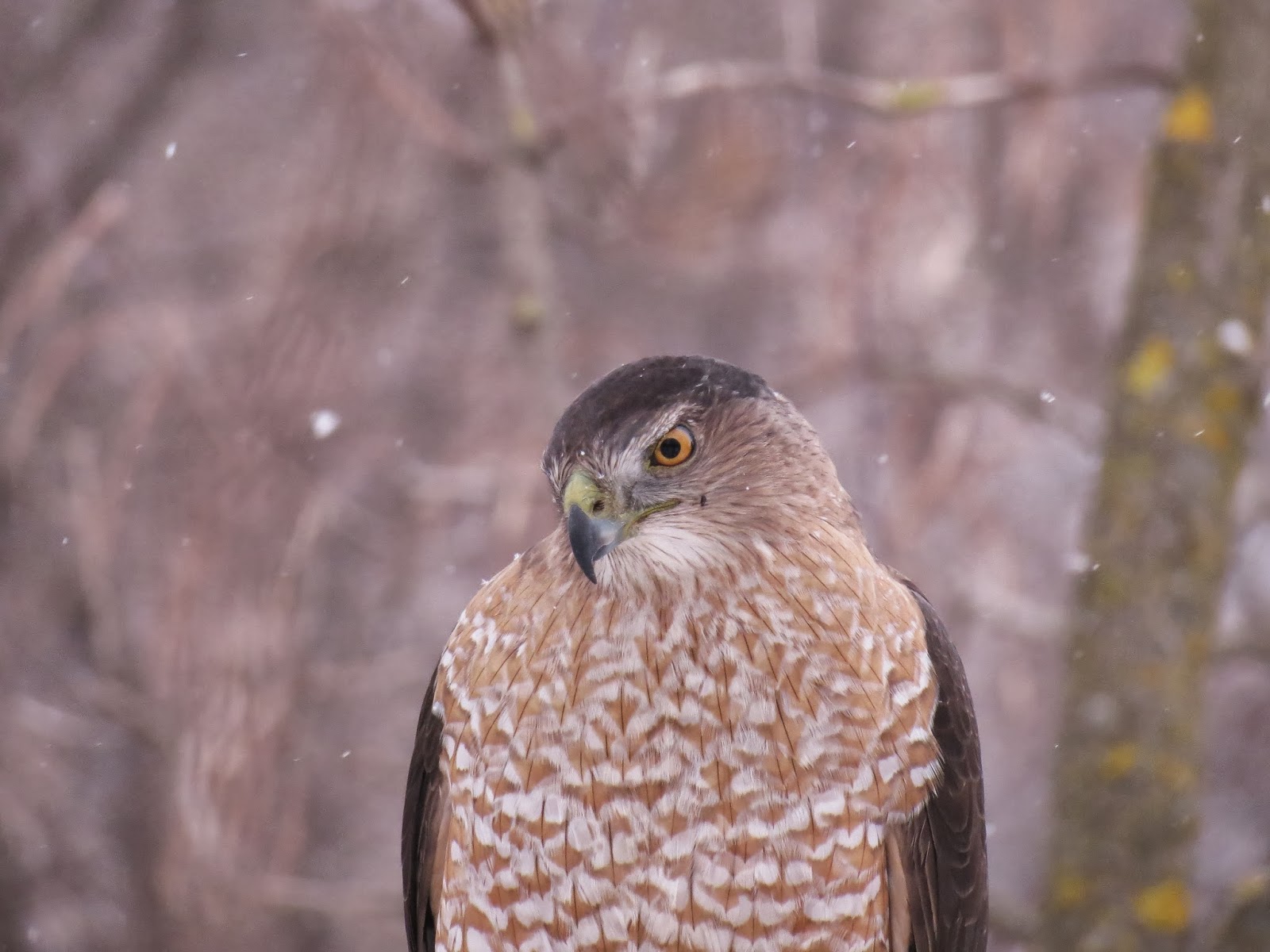 This is certainly the best views I've had of a Cooper's. I didn't take photos, but we were able to watch it tear apart and eat the starling. I was surprised to see that it ate everything but the feathers - even the feet!

It's now been just over a year since I started this blog. I've really enjoyed having a place to share my sightings, although the long winter has made posting regularly difficult times. Things will hopefully pick up again soon!
Posted by Reuven Martin at 10:21 PM 3 comments: