I haven't posted in quite a while, for no reason except that I haven't had anything to post! The past few weeks have only been slightly warmer than last winter's deep freeze, and even when I can muster up the willpower to get outside, I'm lucky to see 10 species of birds around Guelph. Still, it won't be long now until spring! American Crow and Horned Lark numbers are increasing, and the cardinals, chickadees, and nuthatches are singing whenever it is even slightly nice outside. We're about two weeks away from the time when any warm spell could bring large influxes of birds.

To remind us of nicer times, I'm posting a bunch of photos from the last year or so that never made it onto the blog. There's even a couple at the end from this winter. 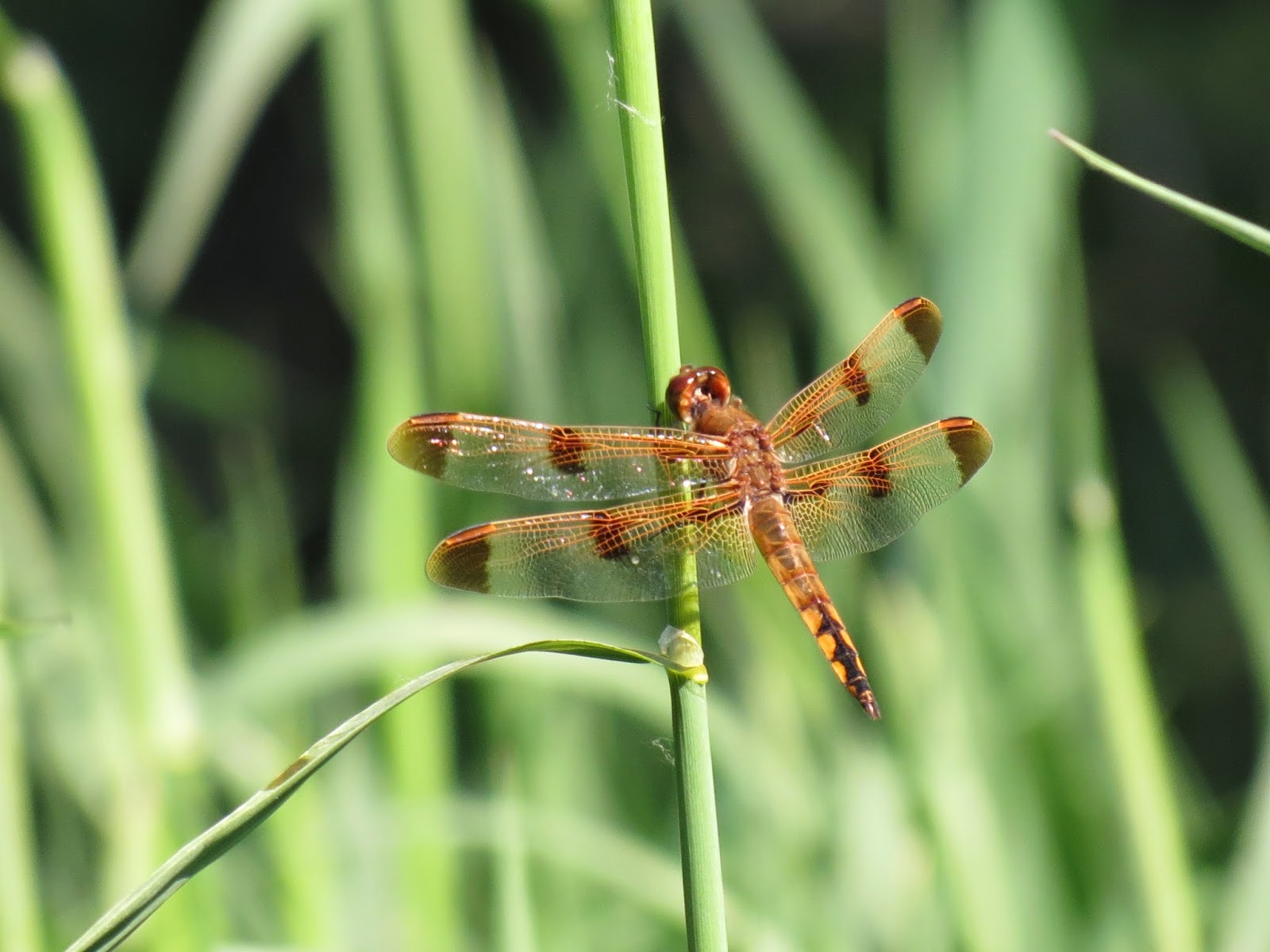 May and June saw a large influx of Painted Skimmers into Southern Ontario. This southern species is usually very rare anywhere in Ontario. This individual is long dead, but may have left offspring that are still active predators underwater. 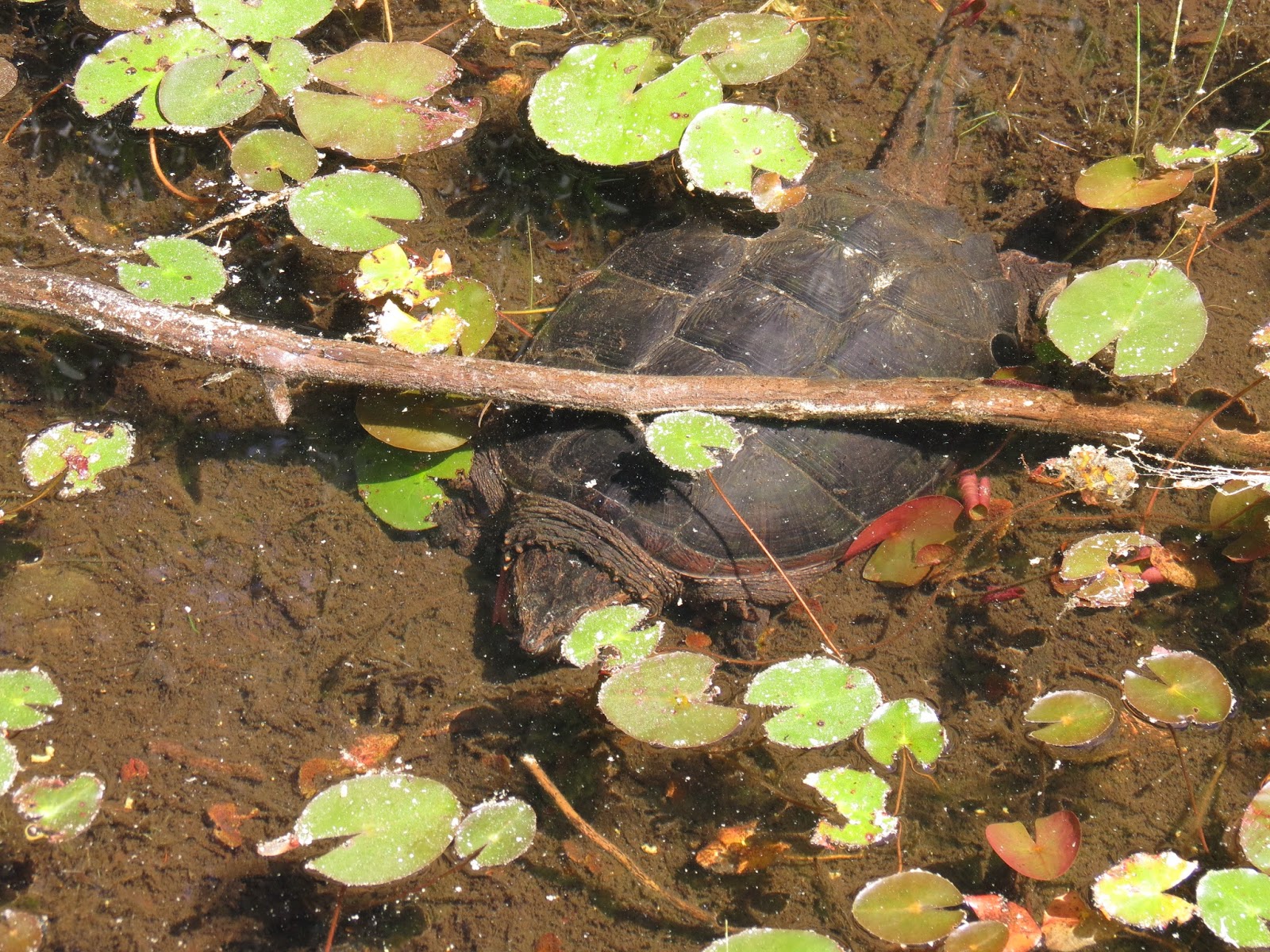 This big Snapping Turtle was enjoying the sun in a quiet Algonquin Bay, but today is buried in the mud under feet of ice and snow. 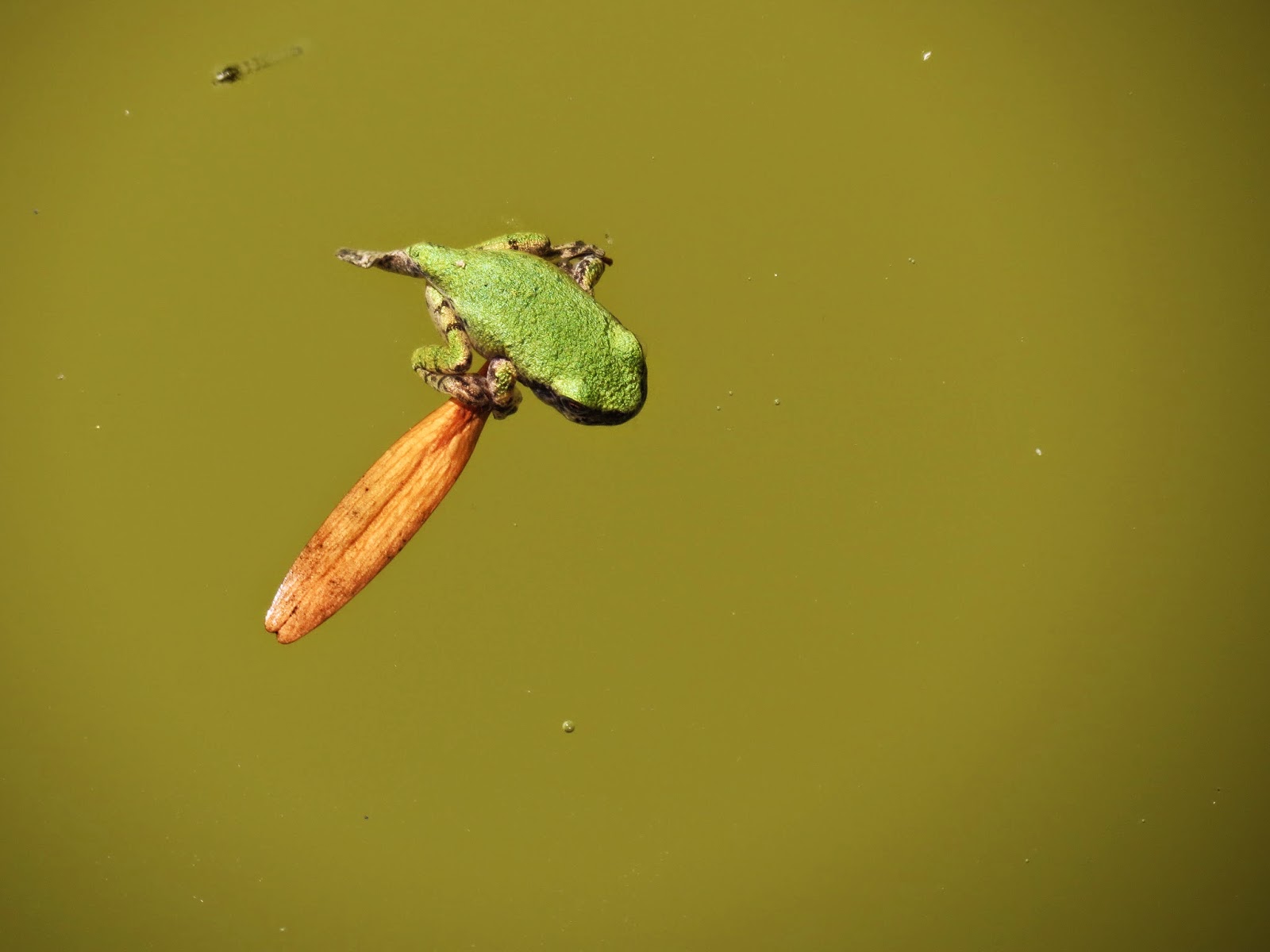 Grey Treefrogs are common breeders in a certain fountain the Guelph Arboretum, and this little guy looked like he had a paddle. Not posed! If it survived the fall, this frog will be frozen solid in the leaf litter, waiting to thaw unharmed in the spring. 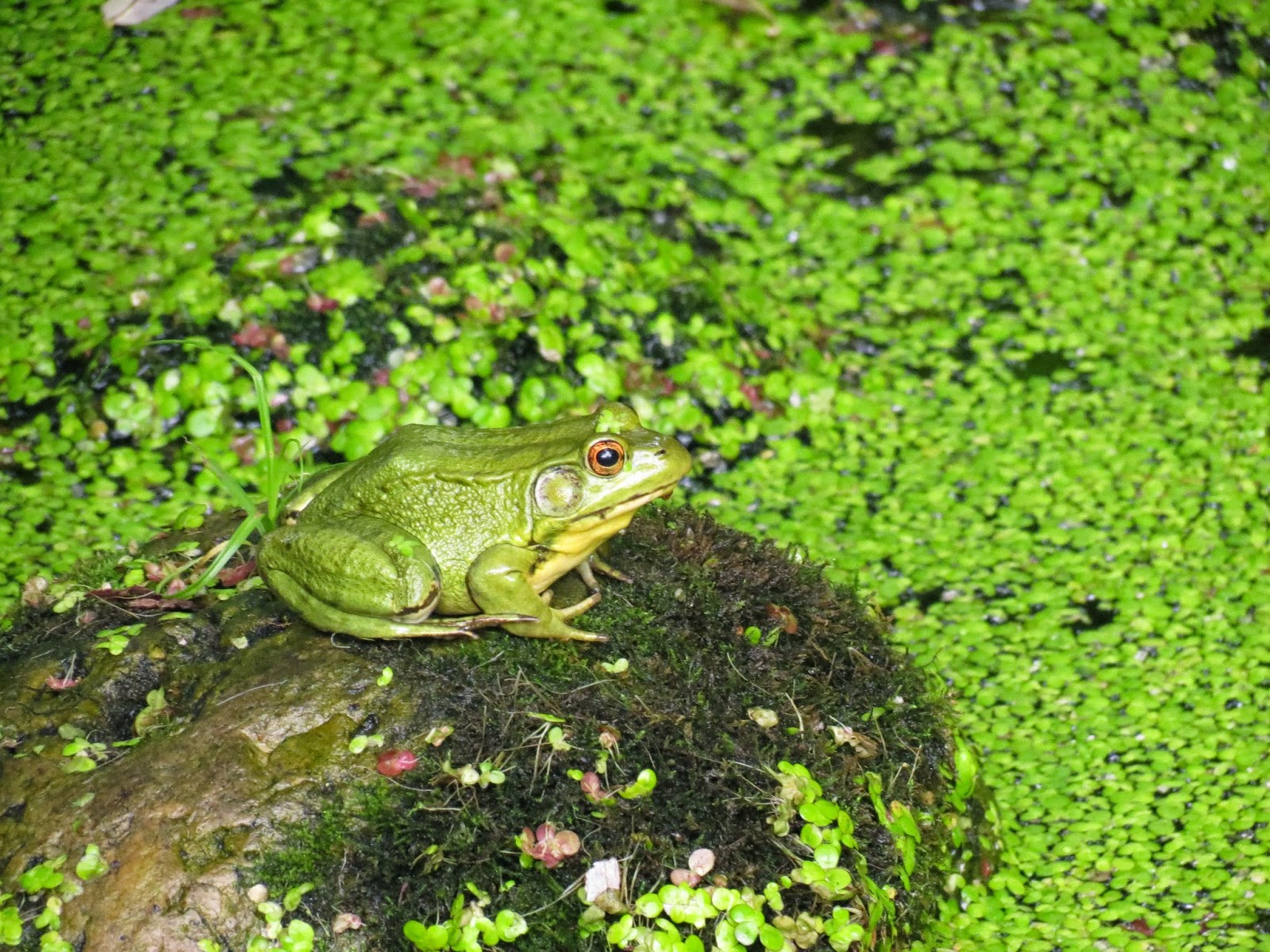 Green Frogs are less tolerant of the cold, and must spend the winter buried in mud. In warmer winters they will occasionally emerge on warm days. 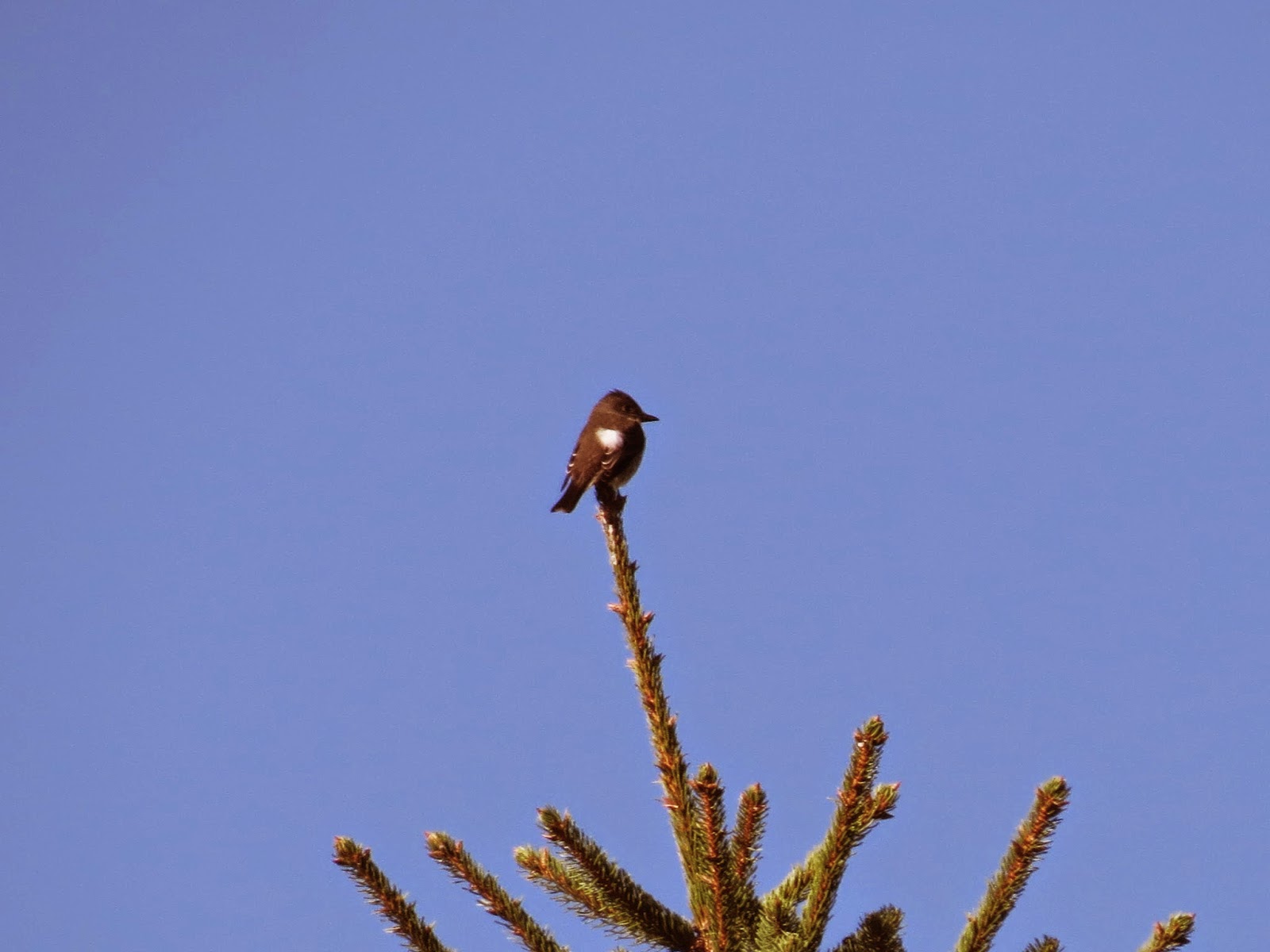 The white tufts on the lower sides of an Olive-sided Flycatcher are extremely distinctive. This bird is likely in the Andes right now, and won't return to Canada until late May or even June. 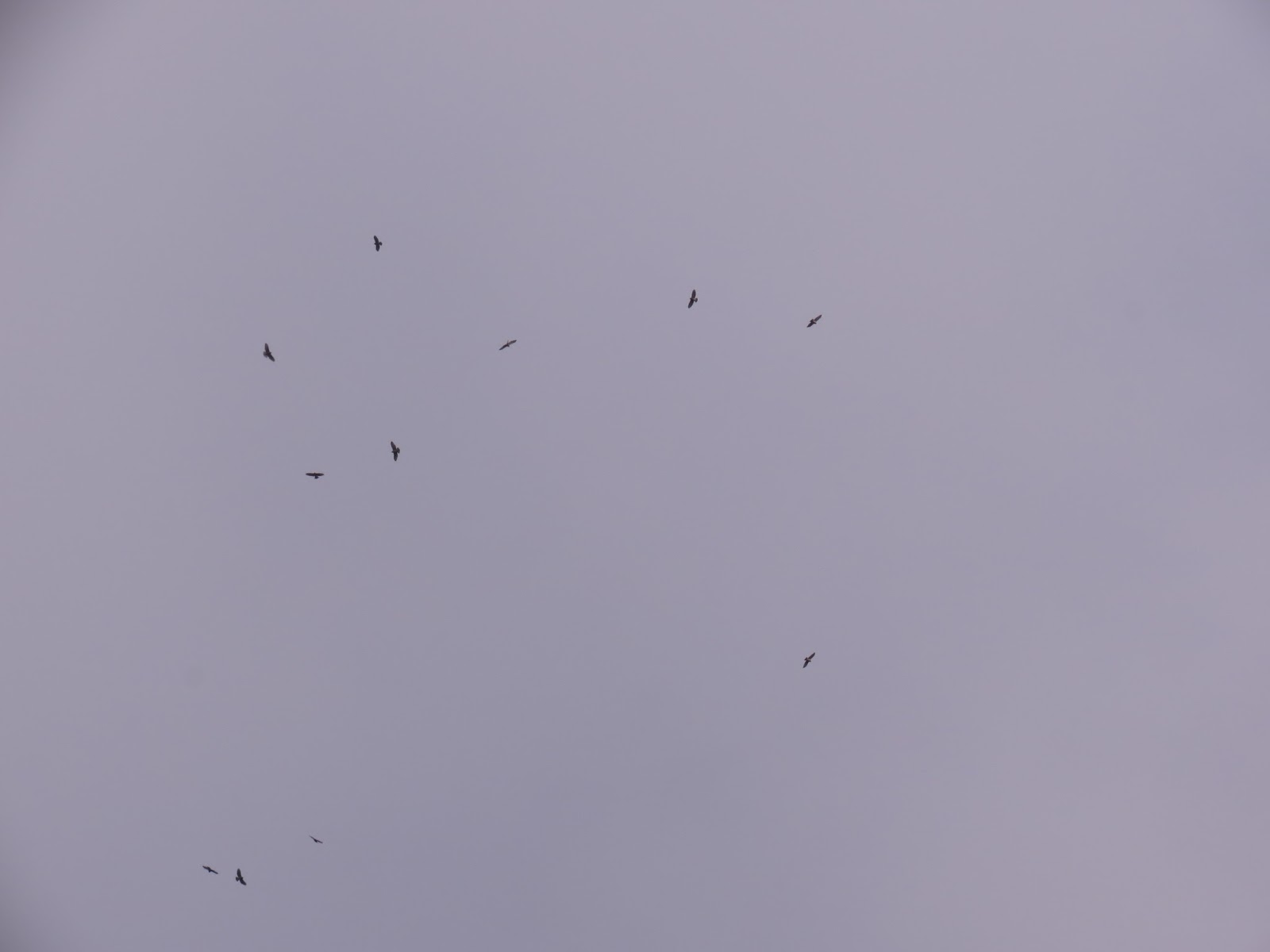 Unlike most of our hawks that will spend the winter in Ontario or areas not much further south, Broad-winged Hawks travel to the tropics in great swirling kettles, following the warmth that keeps their reptile and amphibian prey active. This group was over my house in Guelph. 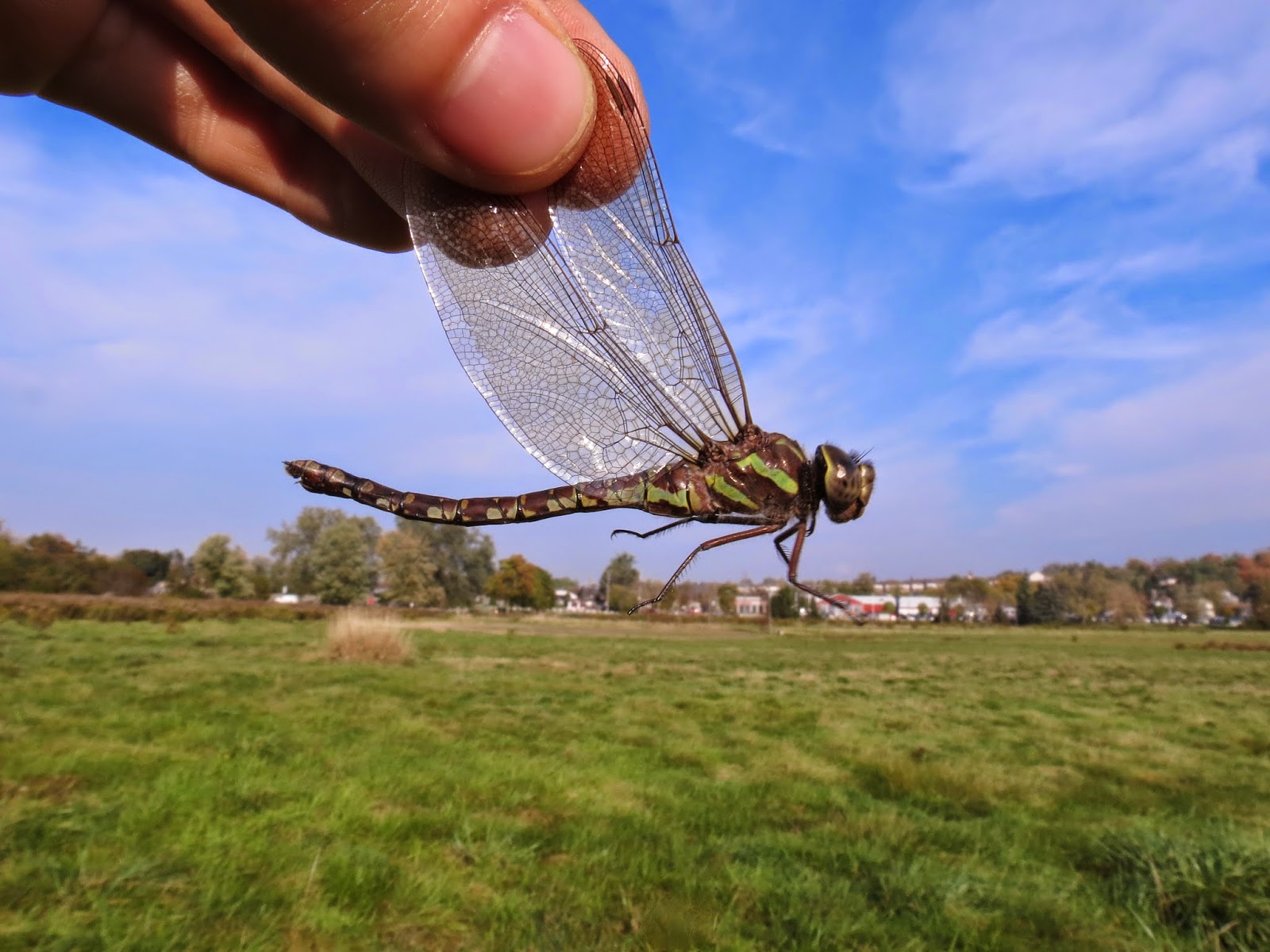 Darners like this Green-striped are some of the last dragonflies to emerge in the summer. This female's offspring may not leave the water until August. 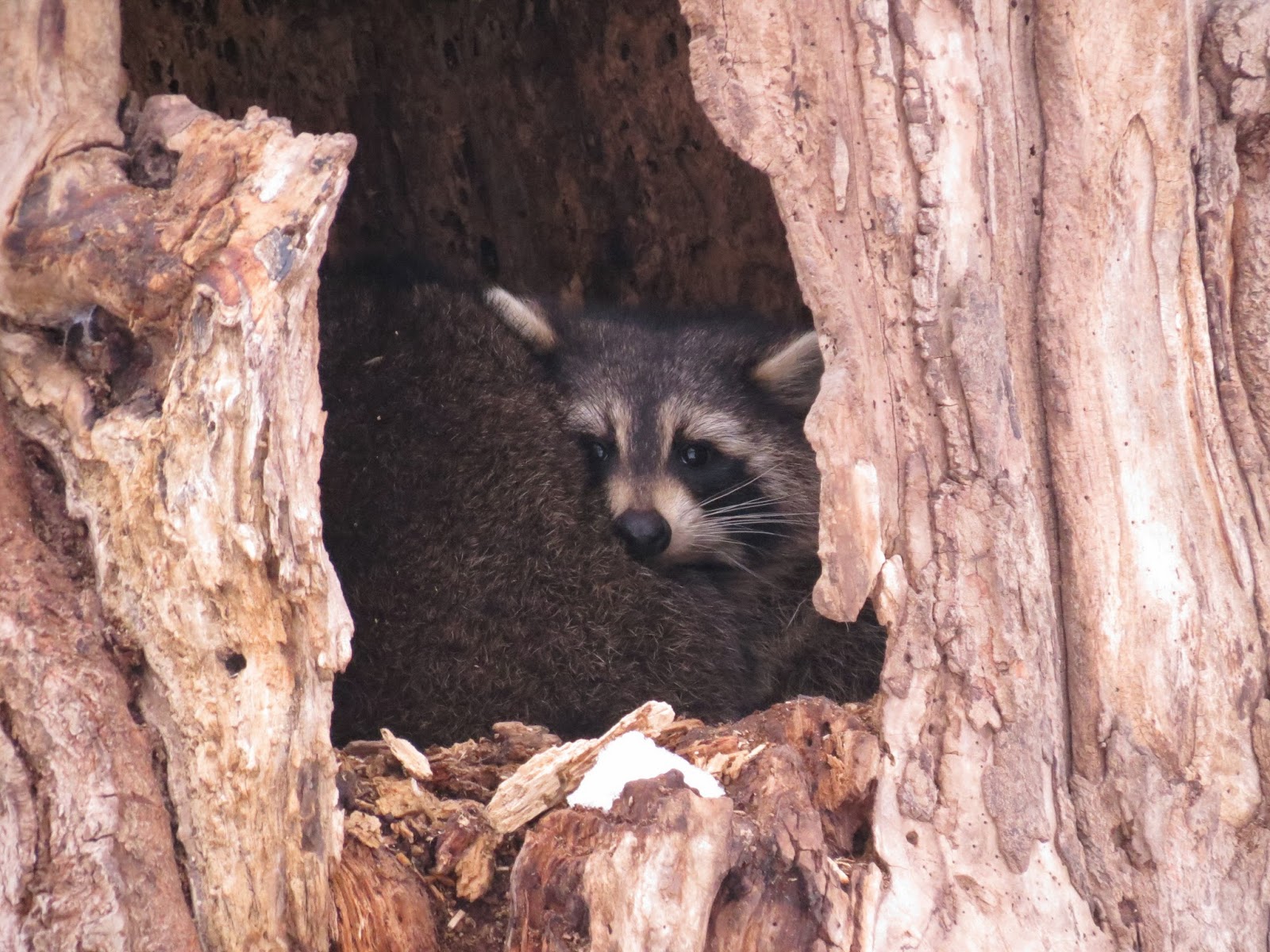 In warmer winters Raccoons may stay quite active, but most of them are likely spending long periods asleep right now, as I've only seen one so far in 2015. 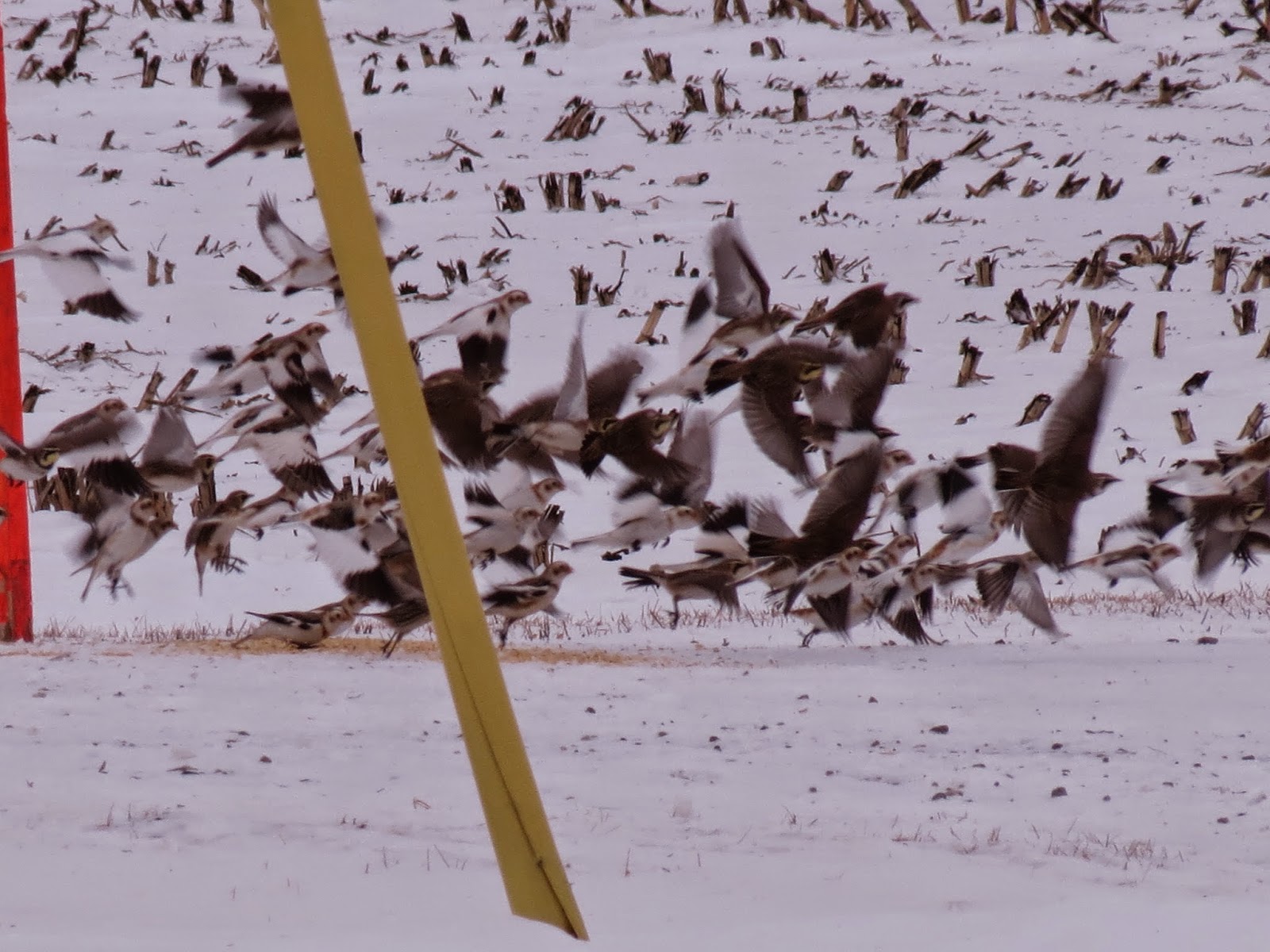 Horned Larks, Snow Bunting and Lapland Longspurs spend the winter in open windswept fields, somehow finding enough waste corn and weed seeds to make it to spring. This group is being fed so probably have it a bit easier! I barely captured the single Longspur in the flock in this shot; it's the bottom-most bird with it's head hidden behind the yellow plastic. 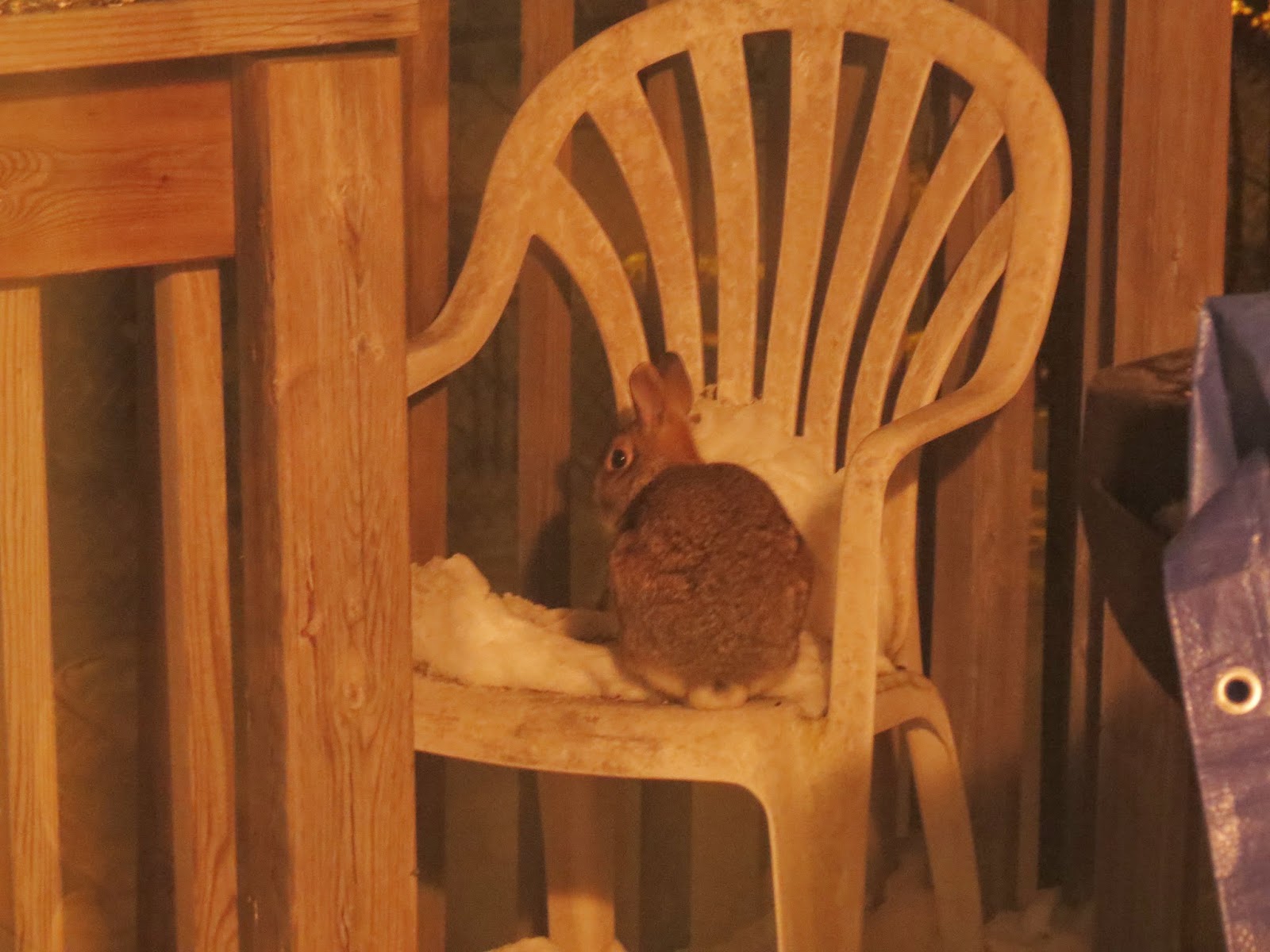 The bird feeder is wonderful on the coldest days, even though there's only about 5 species of birds regularly present in addition to both red and grey squirrels. This Eastern Cottontail has also been visiting at night, and the deep snow allowed it to hop up on the deck chair!
Posted by Reuven Martin at 9:47 PM 2 comments: