Squirrels are fun as they are one of the few mammals in Ontario as most species are active in the day and easy to watch. Here's a few squirrels from the last couple of months.

This black phase Eastern Gray Squirrel really wanted to use this log to cross the pond, but the pair of Wood Ducks were having none of it! It tried for about ten minutes before eventually giving up. 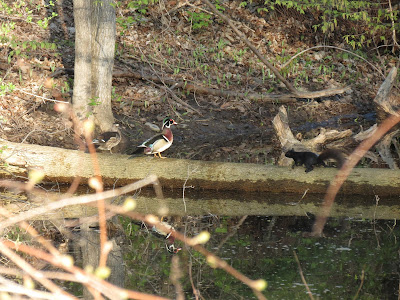 This Red Squirrel seems to missing all of its red pigments, leaving a very interesting frosty looking animal. This is the second such Red Squirrel I've seen in Mississauga. Red Squirrels seem to pretty sparsely and discontinuously distributed in the city (mostly restricted to parks and older suburbs with lots of planted conifers) and I wonder if genetic isolation is bringing out and maintaining anomalies like this. 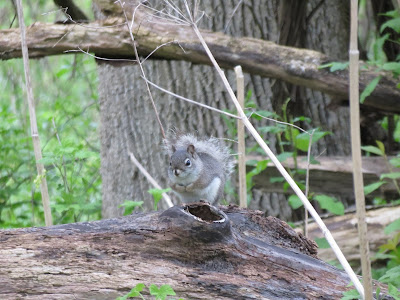 Eastern Chipmunks are familiar and common across most of the settled areas of Ontario, but further north they are joined and eventually replaced by the more boldy-marked Least Chipmunk. This species seems to prefer more open and rocky habitats than Eastern Chipmunk. I took these photos in Marathon, Ontario on the north shore of Lake Superior. 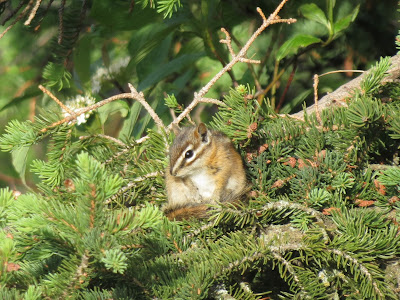 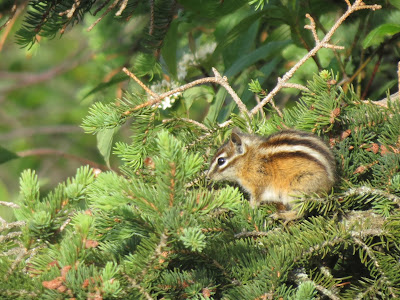