It's certainly been too long since I posted! I've been seeing plenty of cool stuff, but mostly not stuff that will cooperate for the camera. Nevertheless, here's a few highlights from the past month and a half or so.

Kalm's St. John's Wort (Hypericum kalmianum) is a shrubby species endemic to the Great Lakes Region. Most other species in this genus are herbaceous. I found this one at Long Point Provincial Park. 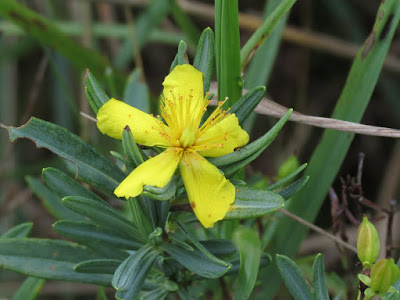 Groundnut (Apios americana) is a legume found in open damp areas, with a unique, almost sickly sweet smell to the flowers. Both the pods and the tubers are edible, and it was used extensively by Native Americans. 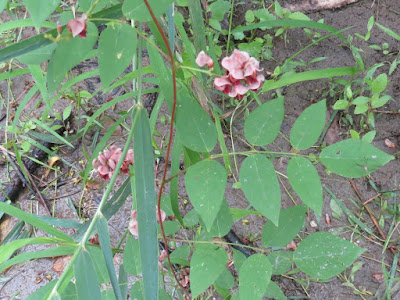 Here's some of the Toronto area's superabundant deer fording the Credit River. 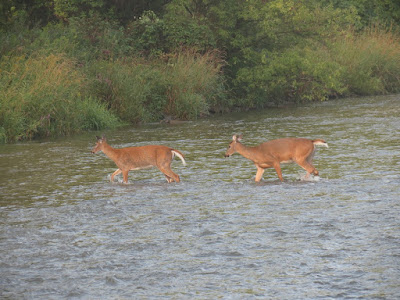 I've had a great fall for shorebirds, with highlights including Whimbrel, Hudsonian and Marbled Godwit, Buff-breasted Sandpiper, Red Knot, Wilson's and Red-necked Phalarope and this Piping Plover, one of two that spent a few days on Burlington Beach. Piping Plover is an endangered species that had been doing very well on Great Lakes shorelines in recent years. 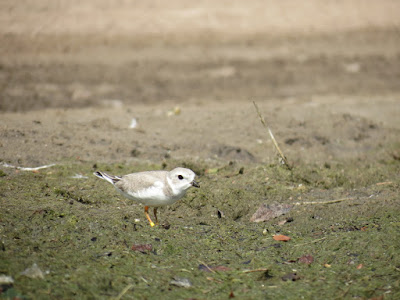 This bird from Rattray Marsh was my first Stilt Sandpiper for Peel Region. Stilt Sandpipers are rarely seen in spring in Ontario, but are reasonably common in fall. 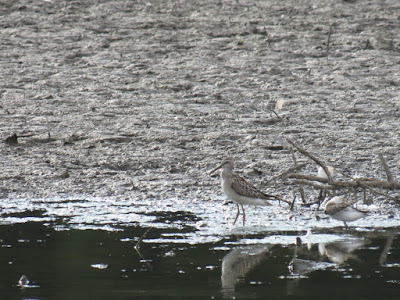 I mostly missed the mass Broad-winged Hawk migration this fall, but I did see a nice low kettle of about 80 birds while working one day. 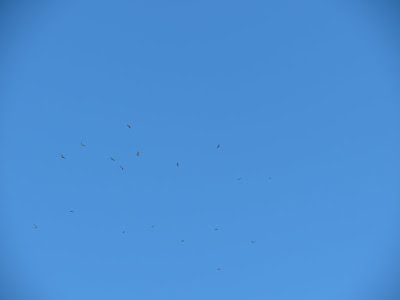 Posted by Reuven Martin at 7:18 PM No comments: