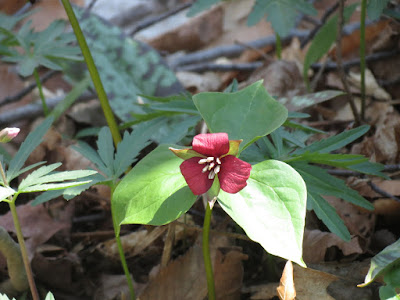 Rarely this species can show white petals instead: 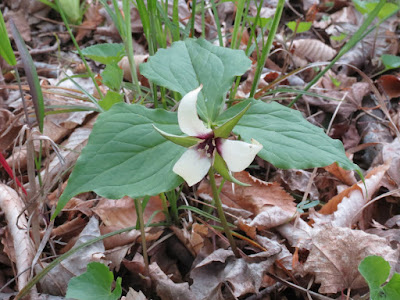 I think this is the first time I've seen this colour form. For comparison, here's a White Trillium: 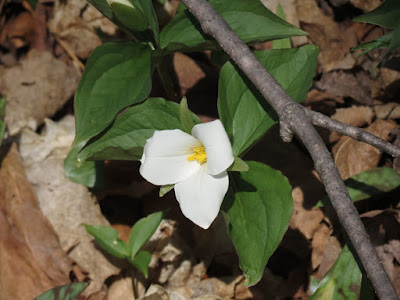 While many birds are only just arriving on their breeding grounds, others started nesting a long time ago, and may be almost done. Great Horned Owls nest extremely early, and this one was already ready to venture into nearby trees at the start of May. 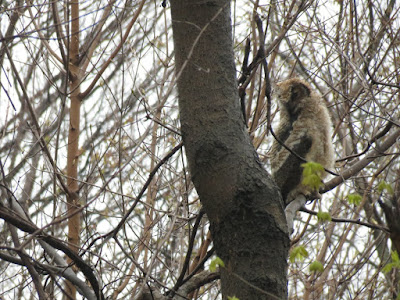 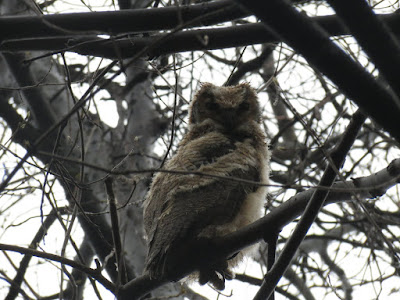 Both adults were resting nearby: 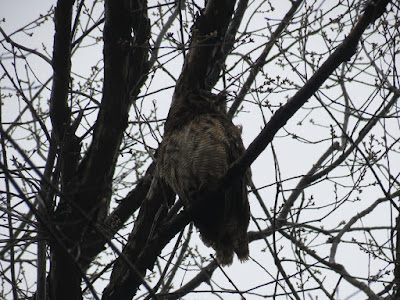 Killdeer chicks leave the nest very shortly after hatching, well before they can fly. These chicks could be confused with another species of plover due to the single breast band, but the fuzziness shows that they are flightless young. 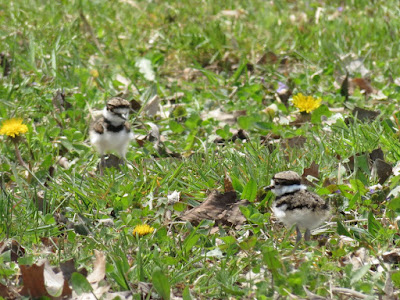 I haven't gotten many posts out recently, so I'm going to try something different with smaller, more frequent, and more focused posts. I have a lot of things I'd like to share! To start off with, here's a few species in the genus Cardamine, also known as bittercresses.

Cardamine is a large genus in the mustard family, with a number of spring-blooming species that I've encountered recently in the Rondeau area. These first two, the Toothworts, are mostly found in rich deciduous forests. 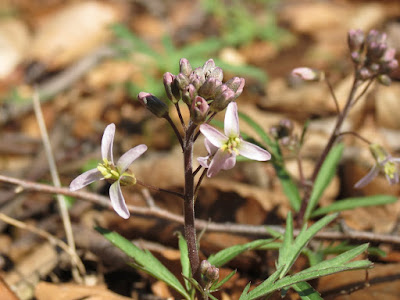 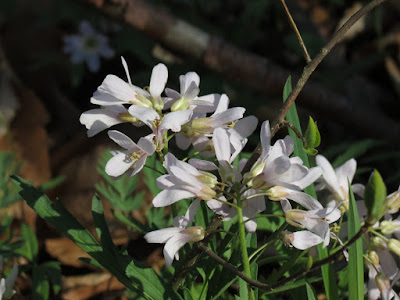 Cut-leaved Toothwort (C. laciniata) above is probably the most abundant spring wildflower at Rondeau.The deeply and narrowly lobed leaves easily separate it from the next species, C. diphylla, often just called Toothwort: 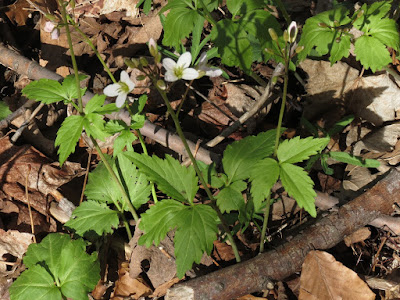 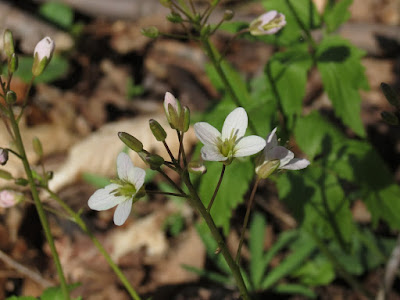 The next two species are similar, and are found in very wet areas of the woods. These are taller plants with leaves along the stem, whereas the previous two have only basal leaves. Purple Cress (C. douglasii) seems to be very widespread at Rondeau and in nearby areas. 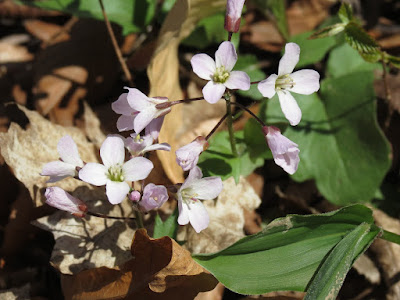 Spring Cress (C. bulbosa) seems to be somewhat rarer, or perhaps just a later bloomer. This species is generally taller, with white rather than pink flowers. 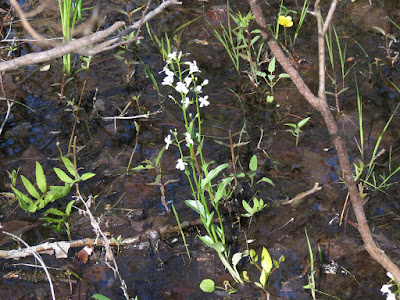 Finally, this tiny flower belongs to the weedy Small-flowered Bittercress (C. parviflora), which I found growing on the edge of a woodlot. 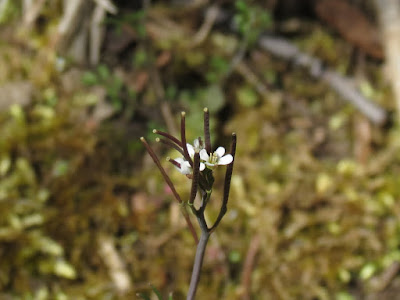 Posted by Reuven Martin at 6:25 PM No comments: