Summer in the Boreal Forest

I have spent most of the summer in the vastness of Northern Ontario's boreal forest. The entire area is covered in just a few species of trees in incredible quantities - Black and White Spruce, Jack Pine, Trembling Aspen, White Birch and not much else. The diversity of plants and animals is relatively low compared to Southern Ontario, but that still means that there hundreds of plants and thousands of insects to sort through, most of them different from those further south.

For example, the two common Tiger Beetles in June seemed to be these two species below which I have rarely (maybe never) seen before. Common Claybank Tiger Beetle (Cicindela limbalis) has a beautiful purple and green colouration. 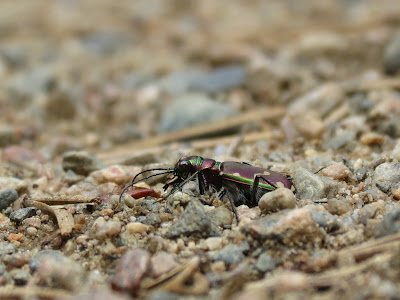 Boreal Long-lipped Tiger Beetle (C. longilabris) is duller but makes up for it in presence. It is impossible to miss these big black beetles on open gravel roads. 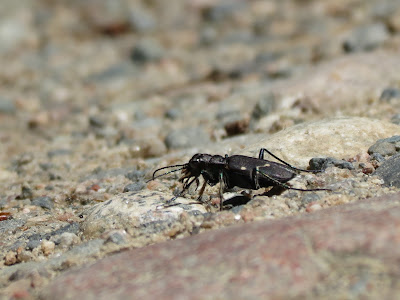 Also out in June are the Elfins. This group of tiny hairstreak butterflies is typical of northern areas. I have mostly missed seeing these species previously as they are only out for a short time early in the season before most butterflies are active. This Henry's Elfin extended the known range of the species by about 200 km to the northwest. The caterpillar feeds on blueberries, an abundant plant throughout the boreal. 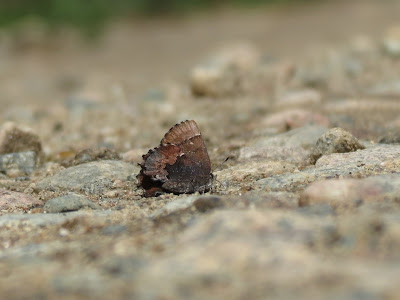 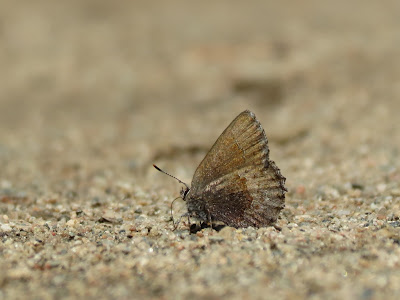 To shake it up a bit, Eastern Pine Elfins feed on Jack Pine and White Pine as caterpillars. It and two of its close relatives are our only butterflies that have adapted to feed on conifers instead of the flowering plants all the other species use. The chemistry and defenses of the two groups of plants are quite different, and it's interesting to think about how suddenly this host plant shift must have evolved. 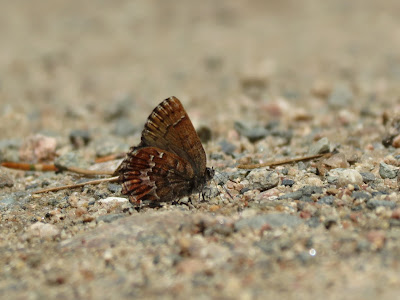 Cottongrass (Eriophorum) is a distincitve genus of sedges found mostly in bogs and fens. The fibres have been used as insulation, but are not useful for clothing. This is E. angustifolium. 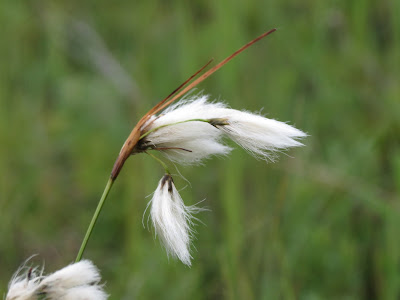 Jutta Arctic uses cottongrass as a caterpillar foodplant. The taxonomy of this species is not fully worked out, and the name may eventually shift to Balder's Arctic. 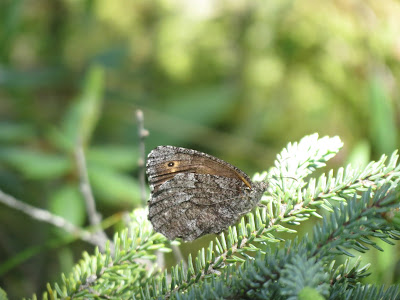 The tiny Common Roadside-skipper is far from common. It took a lot of effort to get close enough to this flighty butterfly for a photo. 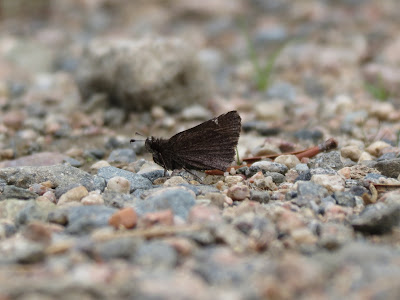 Probably my find of the summer is this Quebec Emerald. This species of boreal fens is known mostly from Quebec but has also been found in the Maritimes, New England, Ontario, and Minnesota as well as a population in British Columbia. There are only about five known locations in Ontario, all virtually inaccesible. 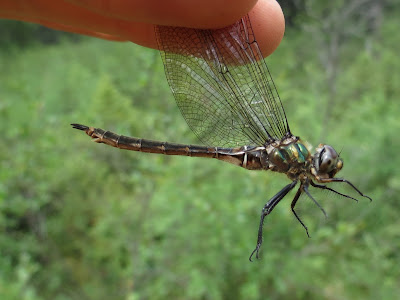 I see Spruce Grouse almost every day, espcially in young Jack Pine forests where they seem positively abundant. This female was not happy with how close I was to her chicks. 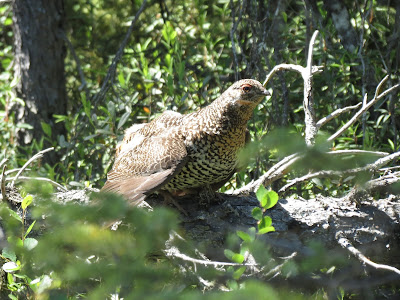 Delicate Emerald is certainly delicate-looking. Although they are found south into Central Ontario, its only in the boreal that they become common and widespread. 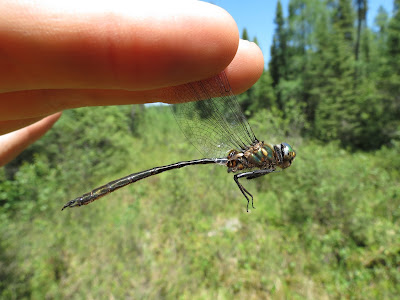 There are only a few resident birds of the boreal forest that aren't also found further south, and American Three-toed Woodpecker is one of them. I was lucky enough to find an active nest of the species with both parents actively feeding the young. Three-toed Woodpeckers are especially characteristic of recently burned areas, but my five to six sightings this summer were all in mature forest. 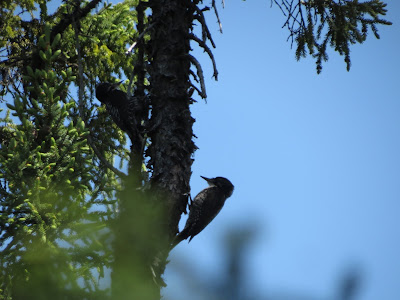 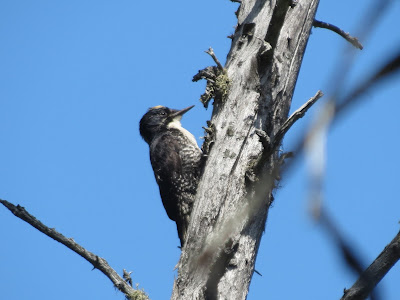 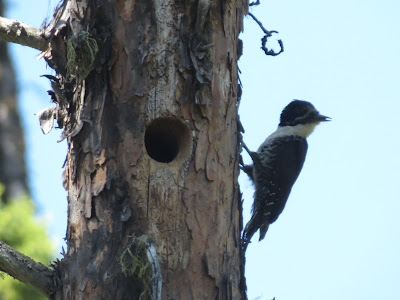 This Boreal Chickadee nest was barely 50 metres away from the woodpecker nest. Like Black-capped Chickadees, Boreals usually excavate their own nest cavity in a rotten tree - quite impressive for a bird without the bill and build of woodpecker. 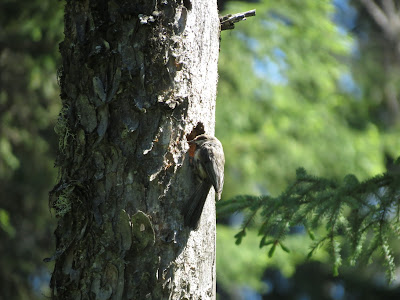