The mornings are increasingly filled with birdsong: the clear whistled "Spring Soon" of Black-capped Chickadees, the rattling trills of Dark-eyed Juncos, and the deep slow notes of Mourning Doves. Blackbirds, Killdeer and Turkey Vultures are increasingly expected sights while out and about. 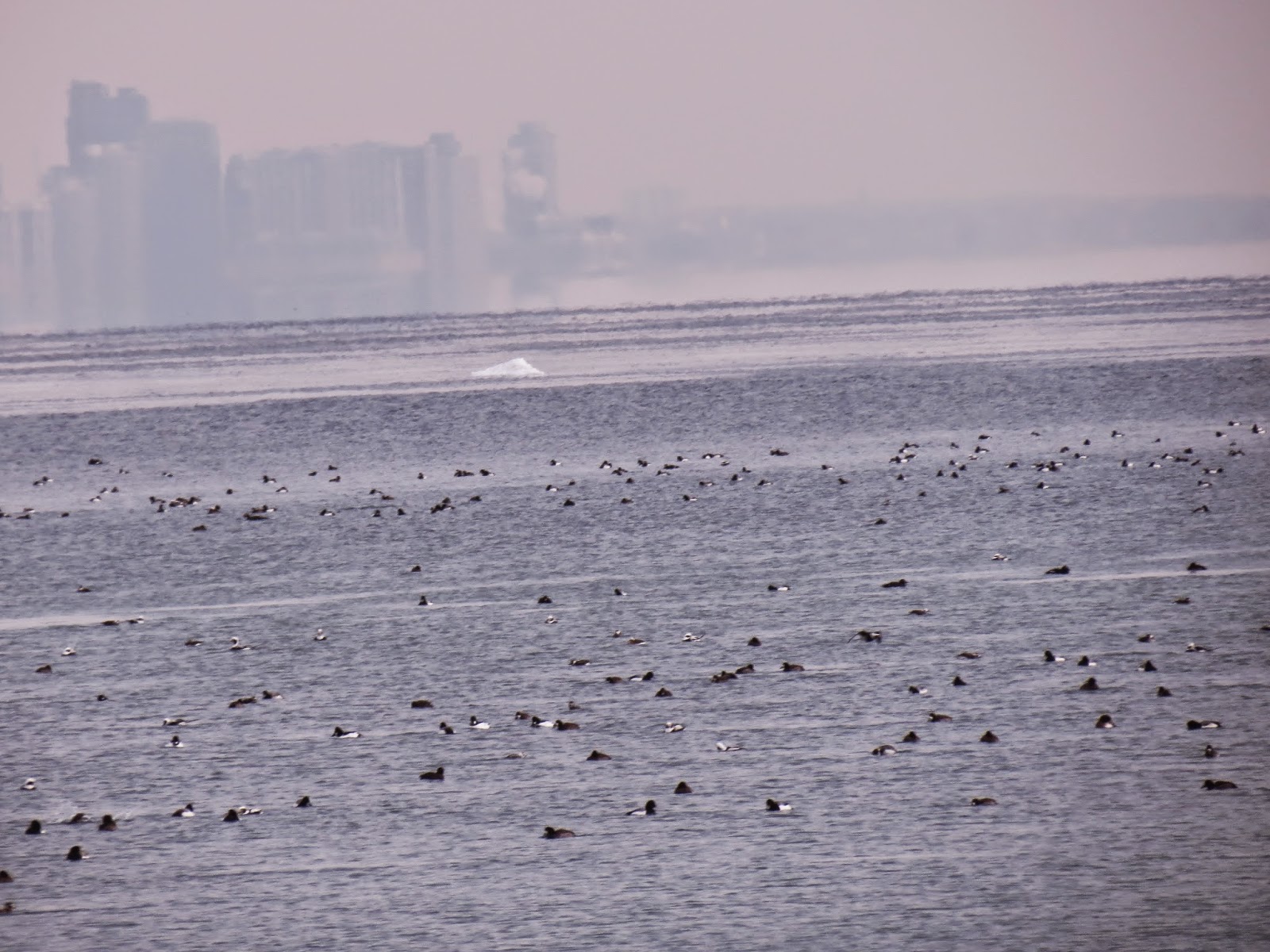 Earlier in February, I came across the largest mass of ducks I've ever seen in Mississauga. Species diversity was very low, but the spectacle of thousands of birds, which this picture is only a fraction of, is always very impressive. 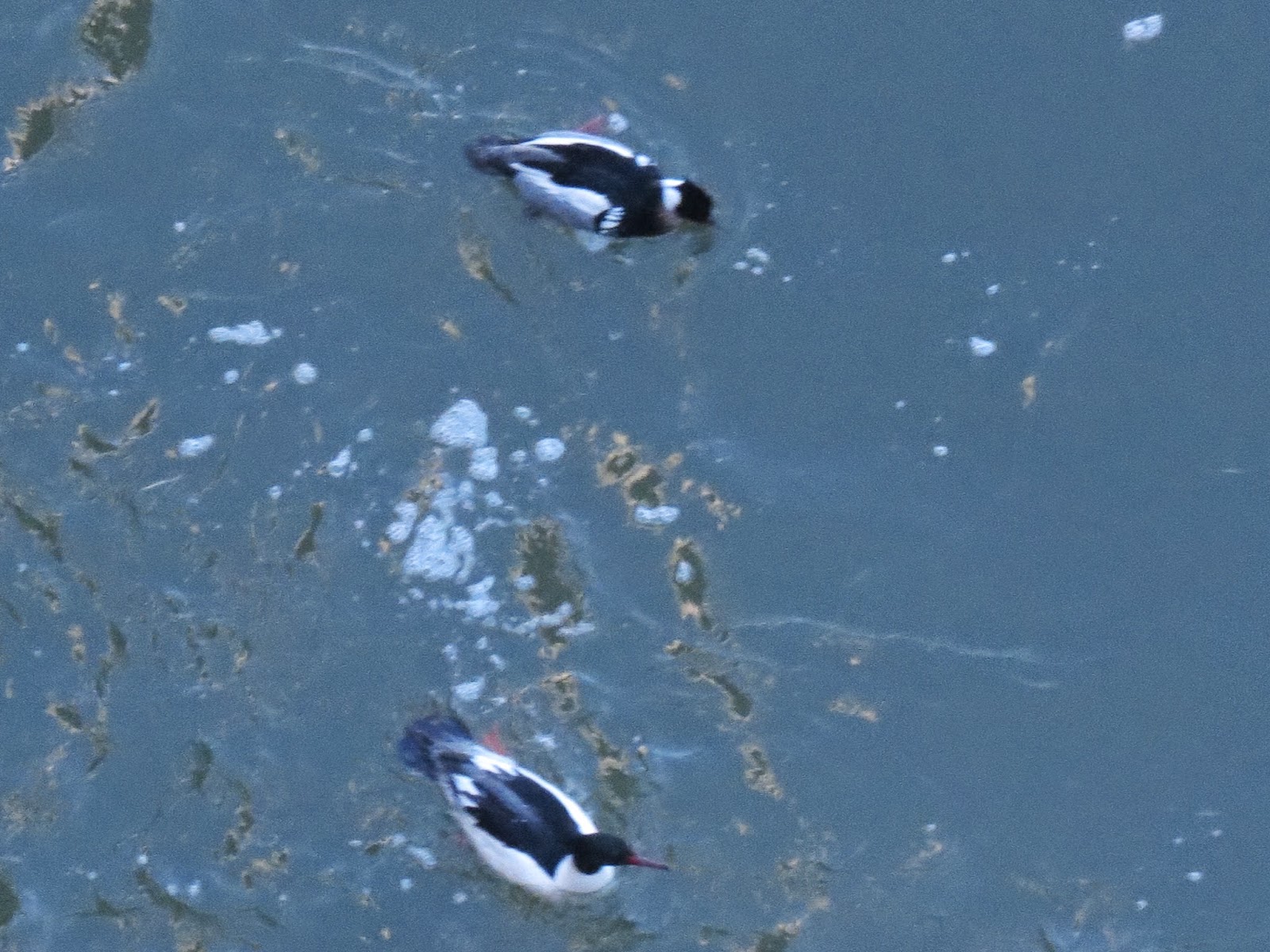 Like last winter, the deep freeze this winter forced a variety of ducks to inland waterways. I thought this was an interesting angle to compare Red-breasted (top) and Common Merganser males. Red-breasted Mergansers are not usually found inland except on the largest lakes. 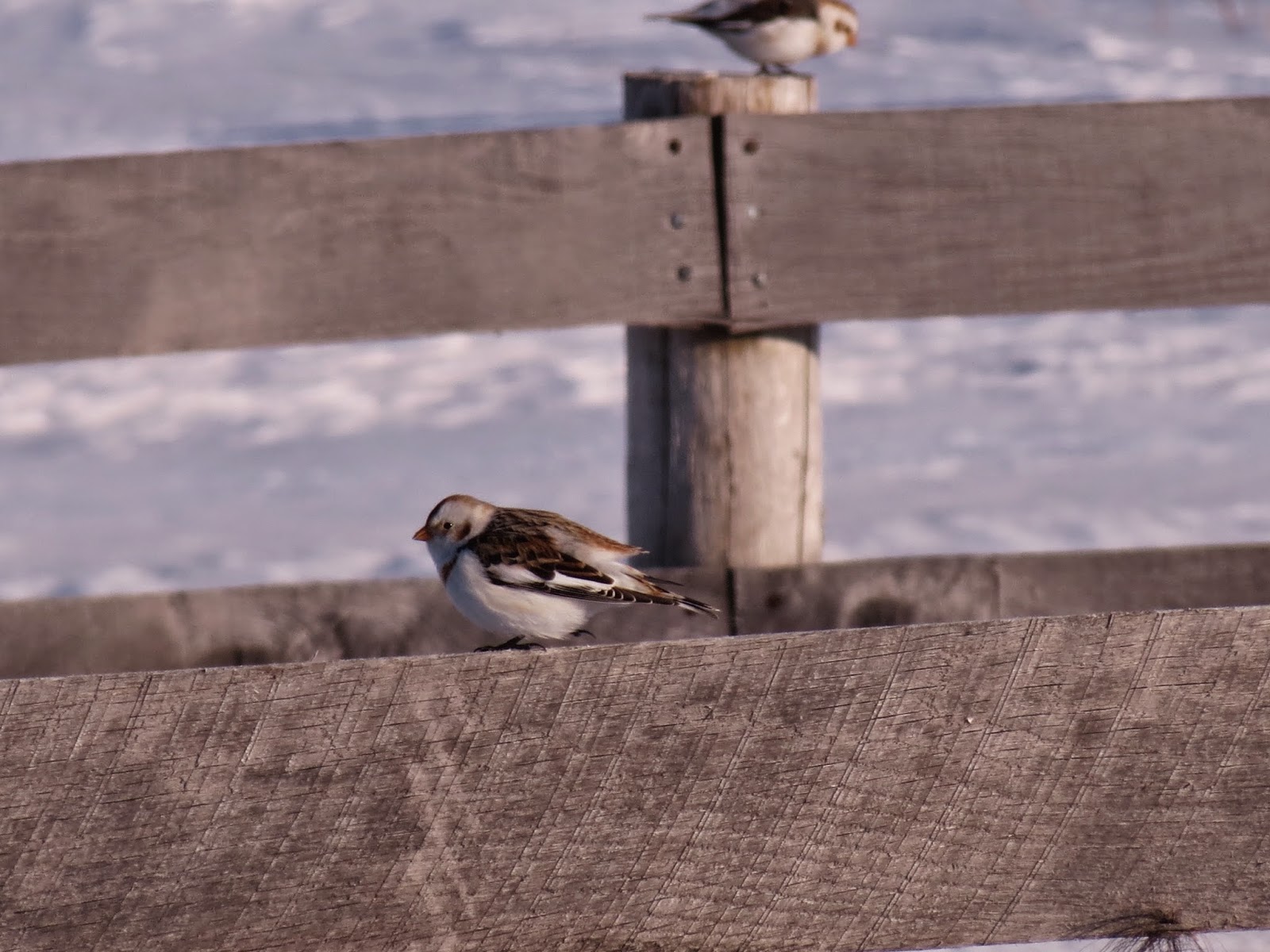 I rarely see Snow Buntings well, so I was glad to get good views of a large flock north of Waterloo. 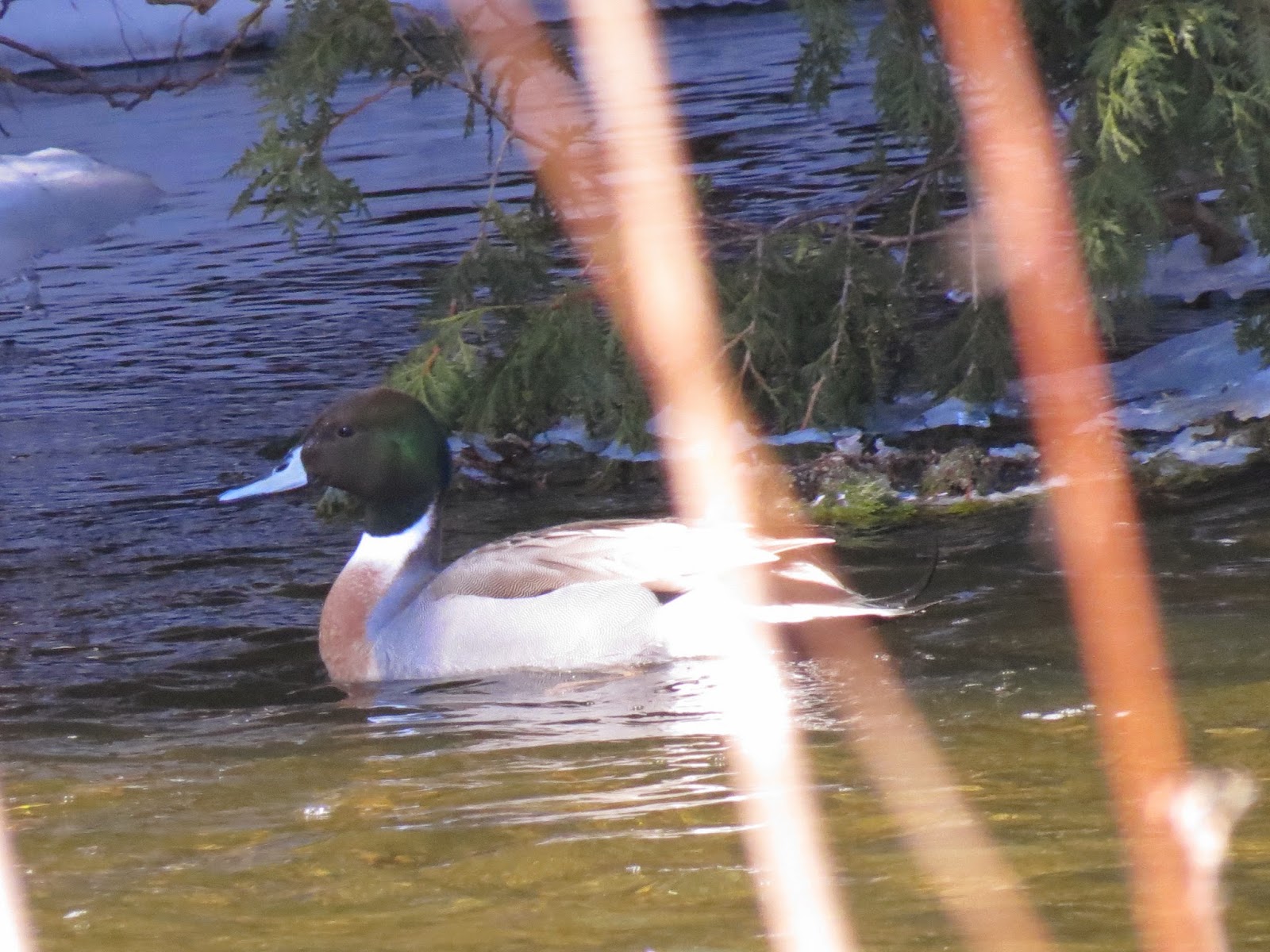 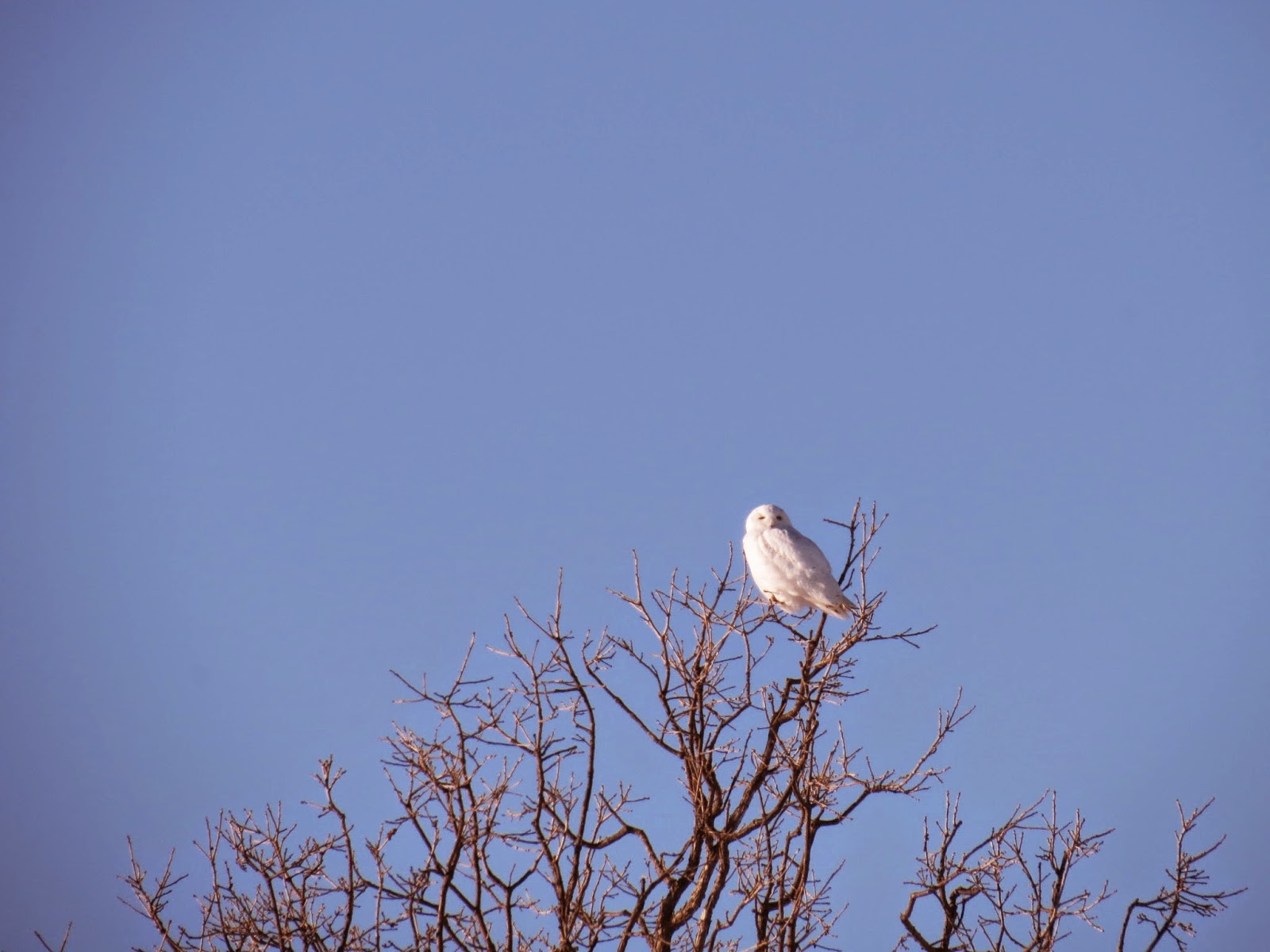 Another amazing Snowy Owl winter is coming to a close. I've really enjoyed the 50+ snowies I've seen in the last two years. It's quite unlikely that there will be many around next winter, but I can always hope!
Posted by Reuven Martin at 9:36 PM No comments: